The Past and the Future of Digital Storytelling 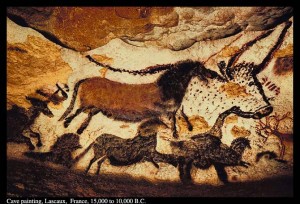 One of the ironic things about technology is that it makes us reminiscent for simpler times. Ever since the advent of the internet, people have been going back in time for traditional mediums to reinterpret for an online age – newspapers are online, books are online, music is so very online it’s considering disappearing from the racks of CD stores permanently.

For the most part, these reinterpretations are a great thing, making traditional forms of communication appealing to a younger generation. They’ve also made it easier for the little voices to get heard without having to appeal to big corporations.

Writers publish their own work online for free. Bands get their start by putting music on MySpace and iTunes without ever leaving their garage practice space. Talented new journalists can start their own masthead with a blog platform without having to get hired by the New York Times.

And now the oldest form of communication – storytelling – has just jumped on the bandwagon.

In a recent The Writer Magazine article by Carolyn Handler Miller called “The New Frontier of Web Based Stories,” Carolyn introduced a name for this new brand of tale-weaving: digital storytelling.

Storytelling in its original form was an oral narrative, with a single storyteller relating stories both fictional and true, usually before a large audience of people. These storytellers have been called bards, griots, oral historians, and many other names – these guys are often the only reason we have a history of anything that happened before 1000 A.D.

Storytelling, in short, is well worth saving and upgrading.

The digital version of storytelling involves the same bard or griot as before – but now that bard has a whole slew of technology on their side to help them tell the story. Imagine telling the story of Snow White, out of your head, to someone else. Now imagine doing the same thing on a computer with visual aids, video clips, audio, animation, and text. It’s an amplified experience. It’s 2.0.

One of the limitations of old-fashioned storytelling is how heavily it rested on the shoulders of just a few people. Those people knew all the stories, all the songs, all the epic poems of their culture, and it was their job to pass them on to another person. The stories stayed the same; nothing was added or changed. There was no collaboration, just the story that had always been told.

In digital storytelling, interactivity is encouraged – even required in some forums. In our own collaborative role-playing game, Escaping Reality, players add posts to each scene that contribute to the overall story. Sure, one character could tell only their own story for awhile, but eventually we’ll get bored with that.

The interaction means new stories are always cropping up out of old ones, creating a narrative that could go on eternally.

They don’t simply recite the words on a page. They craft shapes and pictures with their hands, sing snatches of songs, alter their voice to play different characters.

With digital storytelling, they can amplify those talents. Instead of singing a song, they can upload an audio file in the midst of text writing so that others can enjoy the impact of beautiful lyrics on the story they’re telling. They can include images and pictures, animation and video clips, to show those elements that need to be visualized. They can add the background noise of a forest, the blue shades of a shadow.

One of the reasons storytelling was so carefully preserved from generation to generation is that the story, once lost, was forever lost. Only a precious few knew the stories, and without them, the history of a people could be forgotten. They told the stories as often as they could, keeping some for only certain people, others to be proclaimed to outsiders so they would know who they were dealing with.

The breadth of audience is something the first storytellers could never have dreamed of. It’s the chance to make peoples far beyond the immediate tribe hear it, remember it, and have it impact them in new and sudden ways.

It’s a powerful ability. The ways we now have to communicate are beyond anything we’ve ever known before. Digital storytelling can make good use of that platform.

Digital storytelling is a new phase in the evolution of an age-old tradition. Humans have always used the tools they had to tell a story – painting on cave walls with soot and berries, crafting music from animal skins stretched over gourds, stringing words together in precise ways that were passed down carefully from one generation to the next.

The new generation has an unlimited world of technology, and the ability to reach everyone in the world. With these amazing new tools, how will we tell our stories?

How will you tell yours?