Taylor’s a Feminist – But So Is James 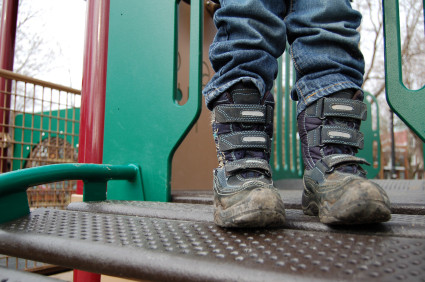 Feminism is starting to piss me off.

So unless you’ve been living under a rock for last few days, you know that James Chartrand, mon esteemed capitaine, has recently come out as a woman. I’ve known about James’ true gender for some time, and we’ve had a lot of discussions about whether, in today’s day and age, such a choice is really necessary to command respect in the workplace.

After all, I’m a woman. James and I do the same kind of writing, and our male clients have been absolutely thrilled with the copy that both of us have written. So what made the pseudonym necessary for James and not for me? If I can do it, why shouldn’t James do it?

And isn’t it our job, as women, to keep on keeping on?

Not at all, and I’m willing to fight anyone who suggests it. There are a lot of differences between James and me when it comes to the question of women in the workplace, but the one thing we have in common is this:

No one, but no one, gets to tell us how women should behave.

One of the extreme differences between James and I when it comes to being working women is our backgrounds. It never really occurred to me that I shouldn’t be treated equally and paid equally in the workplace because I’m a woman. My mother was always the main breadwinner in our family, and her male peers (and all of her peers were male, because female company owners are still rare even in liberal places like the Bay Area) respected her immensely.

It would never have crossed my mind that I couldn’t do anything I wanted to because I was female.

I thought I couldn’t do anything I wanted to for other reasons. I actually thought I was never going to be as successful as my mother, powerful woman that she is. But the very idea that I couldn’t accomplish great things because I was a woman would have been laughable to me.

After all, the person I thought I couldn’t live up to WAS a woman.

That’s how my generation thinks. We’re much, much closer to the glass ceiling than our mothers. A study done in 2005 showed that women under 25 working full time earned 93 cents to every dollar a man earned.

Women over 25? They were still stuck with 79 cents to the dollar.

But it’s nothing compared to the $27,650 that James would be earning right next to me, under his female name.

That thirteen-year age gap makes an enormous difference when it comes to how women are seen in the workplace.

James has chosen not to come out with his real name, and I am of course going to respect that decision. I will tell you, however, that it is a distinctly female name. It’s not a name that could be mistaken for a man’s.

My name, on the other hand, is gender-ambiguous. You can thank my mother (again) for that one. She specifically wanted to give me an androgynous name. I imagine at the time she knew just what a difference it would have made in her workplace to have been able to leave that question of gender unanswered when we were still at the resume stage of the proceedings. She didn’t have her own company yet, and she had been handing out resumes not that long ago herself.

And women still weren’t as hirable as men, 25 years ago. Not nearly.

So my name is Taylor, and if I had chosen to pursue a salaried job instead of a freelance career, I could have avoided the embarrassing situation many women find themselves in today – discounted because of their name, before their education and skills are even checked. Female names are less likely to get called in for interviews than male ones – to the extent that some resume experts often give the advice that women applying for jobs in a “male-dominated” field should consider going by their initials.

As a freelancer, I haven’t found it necessary to put any effort into keeping my gender ambiguous. The fact that I’m a woman is on my company’s website and all over my blog posts.

But by the time potential clients find that out, they’ve already passed that initial stage of deciding whether or not to keep on checking me out. We’ve passed the “resume” stage, and entered the “interview” stage.

At that point, we’re dealing much more with my merits than with my gender.

As James put forth so eloquently in the essay, much of his decision to keep a male name had to do with being able to earn a sufficient income to support his family. If he earned twice as much as James, then that’s a done deal.

Makes sense. Many of you with families would gladly take on a job at twice your current salary even if it meant some sort of weird workplace problem. Let’s say your boss is a jackass who hates you. Every day he tries to humiliate you in some way that you can’t quite take to the HR department, but that makes you feel like crap.

But if it means being able to send your kids to a better school, to not have to worry when they grow out of their clothes, to buy them the Christmas present they want instead of the one you can afford, many of you would take the job anyway.

It’s not right, or noble, or fair. If you were the hero in a movie, you’d tell that guy to go stuff his condescension and his job. The hero would tell him he’s a human being who’s every bit his boss’ equal, and he doesn’t deserve to be treated like this. He’d stand up for what’s right, damn it, and there would be some very inspiring music playing in the background while he did it.

Except that’s not how it goes.

How it goes is that you get out the speech. and quit the job, and have to face your family when you go home. The family you’re supposed to be providing for. And explain how your pride was more important than their getting a new pair of good winter boots when they need them.

You’d swallow your pride. You’d keep on doing what you had to. And if you ever decided not to, it would be because your family told you it was okay to do it. That they understood, and they wanted you to. You would make that decision together. But you would never put yourself above them.

I, and I say this with a fair amount of smugness, do not have to do this. I am single. I am young. I am well used to living on a shoestring budget. I rent my home. I have few responsibilities and absolutely no dependents. I am responsible for me, and me alone. Hell, if I wanted to, I could live out of my car.

Which means that if I decide I’m okay with it being a little harder for me to earn the same income as the male freelancer down the street, then that’s my decision. Mine alone. That decision doesn’t affect anyone else in the world but me.

Which means I can decide.

Why Feminism Is Pissing Me Off

There have been a few blog posts and articles out there suggesting that James should have taken one for the team. That women have a responsibility to one another to keep fighting, to bust through the glass ceiling, to rip equality out of the hands of the men who are still (jeez, STILL) trying to keep it from us.

Well, they’re right. He did. I can’t say as I see the problem with that.

The whole point of the feminist movement was that women should have the right to choose where their priorities lie. They should be able to choose to have a career, to live independently, to vote and own property and make mistakes and get famous and all the rest of it.

If they want to, though, they should also be able to choose to live exactly the way women had been expected to live for centuries – at home, taking care of the kids. They have the right to choose that life if they want to. And no one gets to tell them that they HAVE to get out there and hold down a job because women still don’t have equal pay in the workplace.

No one gets to tell a woman she has to do ANYTHING just because she’s a woman.

And that includes going by a woman’s name.

But neither of us is obliged, by virtue of our sex alone, to choose any differently.

The day we all recognize that will be a good day for women everywhere.