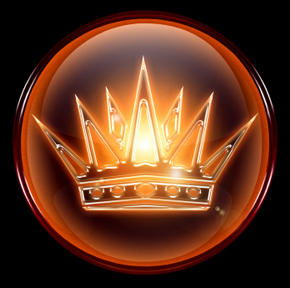 Sometimes the story makes the novel. A great idea, the perfect plot line, and you’re off and soaring. But have you ever thought that your characters might be the reason people want to read more?

Some of the best novels I’ve ever read are the ones where the characters become people that I fall in love with or hate with a passion. I skip over the boring plot details – who cares if they find the crystal or whether the deadly disease sweeps across the land? I just want to know whether Ian finally achieves his goal of winning over Kate or whether Jack goes insane when he answers the call he’s been dreading.

There are novelists who put a great deal of attention into the details. The history is rich, the imagery is perfect, but it’s the living, breathing people in my minds that make the whole story. When I turn the last page of the book, I’m either poignantly sad to see them go or rebelliously angry that the author didn’t write more.

Characters You Can Love

Diana Gabaldon does an excellent job of making her readers fall in love with her characters. A friend of mine handed me Outlander one day and I gave her a skeptical look.

“This is chick lit,” I almost scoffed.

Considering my friend’s husband and the fact that the main character is male, that was saying a lot.

So I read. I’ve read every book that Gabaldon has published to date, and I’m fretting at the bit that she doesn’t write faster. I’ve read Sara Donati (Gabaldon’s competition) while I wait, and now I have two sets of characters stuck in my head.

Don’t you want your characters to be that memorable?

The Breath of Life

The difference between Gabaldon’s characters and others I’ve skimmed over are that Gabaldon makes her characters real. I could bet that her characters probably surprise her constantly. They probably run the show – more on this in a bit.

When you force a character into a plot line or story that doesn’t fit well, you lose that special magic touch that bonds imagination with reality. Suspending reality with characters is as easy as making them as true to life as possible.

Characters get angry. They love. They fart in bed, joke around and look the fool. They eat and sleep. They make wrong choices and mistakes. They get scared and they take revenge. They aren’t perfect by any means. Too perfect, and they come off as unbelievable.

In fact, nearly-real characters could be your next-door neighbor. With me so far?

Suspending belief that the characters you’re reading aren’t real is an author’s job. As an author, you have to make your readers feel – despite the fact they know it’s not true – that your characters are alive and well. Right here. Right now.

Once you’ve established that your character is a tall, lean, blond businessman who grins when he’s got the devil in him, stop describing. That’s all your reader needs to know.

What matters more to your reader are the details of how your character reacts, the dialogue that establishes his personality and his thoughts. The reader’s mind’s eye will fill in the details of the character’s appearance.

Your character – not you – fills in the rest.

You’re Not the Boss

Make no mistake: Your characters, once they’ve been let loose, lead the reader through the story much more than you ever could. You’re not there on the pages. They are.

What your job becomes is laying down the framework of a story and allowing your characters to roam free within that framework. Give them something to work with, and then let them work for you.

Develop your characters until you know the person so well that you can sit down and write as that person. Take on a dual personality for a little while. Be someone else. Let go of yourself and walk around in a persona that isn’t yours.

When you sit down to write, give your character the framework of a situation. Now let go. What’s he going to do? Don’t decide for him. Permit your character to react with free will.

You might be surprised where the characters take you – and your reader.