Does Your Fiction Novel Have a Theme? 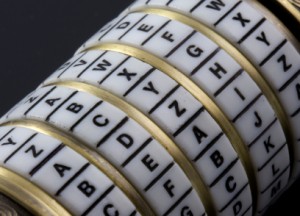 Today’s guest post is from Larry Brooks, the bestselling novelist talking novel over at Storyfix. We hope you enjoy his next installment in his guest series for fiction writers.

For an extra boost of fiction advice and tips, check out our other posts on fiction writing.

Have you ever put down a novel and thought to yourself, “What the hell was that all about?”

A well-told story doesn’t elicit that response. Ever. A well-told story pounds on your mind and heart. You intuitively know what it was all about, and on two levels: the plot at hand, and what the story means.

What a story means has everything to do with theme. The Davinci Code by Dan Brown, for example, was about a murder mystery on one level and about the veracity of an entire religion on the other. Treasure Island by Robert Louis Stevenson was about a stranded family living in a tree house on one level and about the strength of the human spirit on the other.

Story and theme. Theme and story. They’re interchangeable and overlapping. In successful novels and screenplays, they are both in play at all times.

Some writers don’t give a whole lot of thought to the inherent themes of their stories. They know what their story means, and they take it for granted that the reader will as well. Chances are you know their names.

Those really great authors take theme for granted because they can.

The rest of us need to pay attention to theme when writing our stories, and in a big way. Because theme might just be the thing that finally gets you published.

The Lowdown on Story Theme

More than a few writers get frustrated in their belief they can out-write the big name authors. Based on narrative style alone, they might even be right – and they do try. But for Grisham, Crichton, Michael Connelly, Dan Brown… Well, nobody’s holding their breath for a Pulitzer nomination for these guys.

What these authors do well is deliver a powerhouse theme in their work. Stories that make you think and make you ask questions. These authors deliver story theme.

But without strong thematic intentions – that’s a key word – a novel is just a sitcom, literary junk food, a quick hit of cheap-thrills genre you read to pass the time on a flight.

Planning for theme as we write is to gift our stories with the stuff of success, the elusive magic pill agents and editors look for.

It’s called emotional resonance, stories that hit hard and stay long in the memory of the reader. Like Grisham’s and Crichton’s and Brown’s novels do, even though they won’t win that Pulitzer. They all hit the theme pitch clean out of the ballpark.

Even genre novels have great themes. At least, they do if they’re great genre novels. Theme is precisely what separates Michael Connelly from an entire bookstore wing full of perfectly competent writers.

As an unpublished author, you absolutely need to submit something great to break in. Your theme gets you rubbing shoulders with Connelly and Brown.

Theme is what your story means. What it’s about. It’s the story’s real-life relevance and its commentary on the human experience.

Theme is love and hate, crime and punishment, good and evil, chaos versus order, natural versus synthetic, old versus new. Theme is the pursuit of something good, the consequences of something bad, and how the results come to pass in the lives of the characters in the story.

Every story that has human characters in it deals with theme. But not every story says something about it. And that’s the ticket to a seat with Grisham, Connelly and Brown at the National Book Awards banquet.

Knowing Where You Fall on the Thematic Continuum

What your story says about the human experience defines its themes. In making that statement, writers swing between two polar extremes.

At one end is a story in which themes are nearly invisible or incomprehensibly vague. Early comic book movies, such as the first Batman films, were fairly theme-weak once you got past the good vs. evil conceit.

Which is why, short of Michelle Pfieffer’s catsuit, no one really remembers much about those movies.

The later versions with Christian Bale (let us try to forever forget the George Clooney version) went deeper in the hero’s psyche, thus illuminating themes that linked him to the humanity of the audience. These films were more in the middle, not completely void of meaning but still not overtly or overtly thematic in their intention.

At the other extreme are stories with an overt ax to grind, a message to convey, a sermon to preach. Movies such as Fireproof (the Kirk Cameron Christian-based marriage flick) and novels such as Nelson Demille’s Night Fall (about what really happened to Air France Flight 800) fall into this category, where character and plot take a distant back seat to what writers want you to accept as truth.

At least Al Gore’s An Inconvenient Truth didn’t pass itself off as fiction.

The best thematic stories take position in the middle and then artfully explore a thematic landscape, serving up views and consequences on both sides, allowing the audience to experience their own conclusions and emotional responses along with that of the characters.

How To Test Your Story’s Thematic Power

There is a sure-fire way to test your thematic command of a story. It never fails. When someone asks, “What’s your story about?” how do you answer?

Having both answers for the person asking the question, in fact, is better than either response alone.

But it is your first impulse in answering that tells you how vivid your thematic intentions are, allowing you to bring the thematic realm to the forefront as required.

And it absolutely is required if your intention is to sell your story.