The Importance of Suspending Disbelief 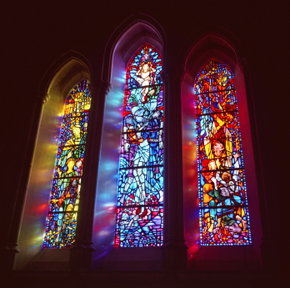 He does have a point, though. How seriously were we supposed to take Conan the Barbarian?

Writing fiction is about drawing your readers into a world you created, making them believe that world possibly exists. It’s creating characters that people can relate to – love ’em or hate ’em. It’s shaping something imaginative into something real.

The moment that one small bit of realism is out of place, people notice. Have you ever seen a magician do a trick and notice the thin wire or the cables that make the assistant fly? The whole illusion is ruined.

Suspension of disbelief helps your readers let go of reality and accept what you have to offer. Stories like Tolkein’s Lord of the Rings may appear fanciful and completely fictitious, but if you dig deeply, you notice that Tolkien pulled from many resources to breathe life into his works.

Take the Elven language for example – most of it derives from Welsh. I lived in Wales, soaking up local culture, and on my return, I read Tolkien’s books. I could see some similarities in the language.

If something appears familiar enough, it tricks the mind into belief.

George Lucas did the same as Tolkien with the languages in his Star Wars movies. Marion Zimmer Bradley’s Mists of Avalon uses actual pagan traditions. Zimmer Bradley also includes in-depth knowledge of the period to retell the classic tales of Arthurian legends.

These stories are expertly created to provide just enough reality to make the rest of the fantastical events believable.

As a writer, you must convince your readers to believe. The reader must feel your characters are real and that they could possibly exist. The reader must believe that the events you write about could take place.

Details are the shadows that add depth to the written picture you paint. Without them, the mental image is flat and lifeless.

A believable setting and cast of characters include many details. How a reader relates to these details is important to suspending belief. A character that has a universal appeal or a type of location that a majority of people have experienced in their own lives helps create a bond.

Maybe the reader enjoyed a special place by the lake in his home town, just like your character does. So what if the lake is made of blue mercury? It’s still a lake. Your world might be a universe away from the reader, but the experience of sitting by a lake is the same regardless of the universes.

There are two ways to create suspension of disbelief. The first is the direct approach, which works well if a character is alone in a scene. No one else around explains what is happening, so you must narrate to your reader. Use a series of events that build up to the moment where reality bows out of the picture.

Here’s an example:
The corridor of the apartment was a dusky gray of an impending sunset. No direct light reached the hallway at all. Only the multicolored splotches thrown from the massive stained glass window at the far end of the hall spattered the walls.

Cole had risen early – at least by vampire standards. He stood at the far end of the sleepy hallway, unsure of what would happen now. There was a shred of light lingering, and he was going to see it.

It was worse than a moth drawn to a flame. He needed to see the light, needed to know what it would do to him. Maybe it was some subconscious death wish. Then again, those were the only kind a wishes a dead man could have.

Cole took a few steps, closing the gap until his feet stood on the edge of a patch of deep indigo that lay on the floor. So far so good.

Slowly, he lifted his eyes to the window. The sight was stunning through vampiric eyes, and it took away his non-existent breath. Deep reds, blues, purples, yellows…all colors more beautiful than he could remember. They were so clear, so pure, like light through a crystal.

Just one more step and he’d know if the light would destroy him… or spare him to live another night.

Do you believe that the light can kill?

The indirect method usually presents a situation through the eyes of other characters. Their belief makes the reader believe. Read this example:
Two figures hovered in the shadows behind Cole. Both of them held their breath, afraid to disturb the silence.

“It’s his choice.” Sunny knew the stories of some vampires living through the blazing, scorching heat created by the stained glass window. For all he knew, surviving the light was just legend. He’d never seen it with his own eyes. “He’s old enough to know what he’s doing.”

Cass wasn’t convinced. Cole was one of the most reckless vampires he’d ever known, but walking into the light was foolish.

But Cole was the luckiest man on earth. If anyone was capable of surviving such an encounter, it had to be Cole Morrison.

By now, you – the reader – should be ready to accept whatever fate is in store for Mr. Morrison. (Cole survived the light, but he wasn’t a happy camper.)

The moment you slip, your readers will know. And your credibility goes right out the window.