Get Your Nose Out of The Air and Relax 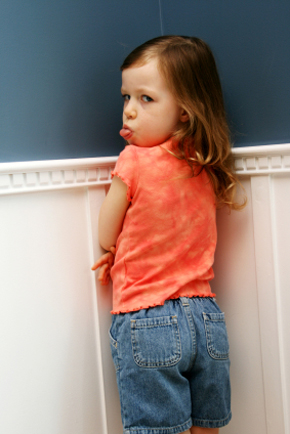 “Daddy! Daddy! My school is having a contest for the most beautiful picture ever! I’m going to draw a unicorn… and a castle… and a princess… you can be the prince. Okay, Daddy?”

You take the sheet your daughter excitedly brandishes. It’s a contest the school is promoting. The municipality wants a new logo and they’ll choose one from students in the region who participate.

What do you do? Do you encourage your daughter, hand her crayons and tell her what a great artist she is? Or do you crumple the sheet, toss it in the garbage with a snort and say…

“Sorry, honey. This is spec work. Your school should be ashamed. If they wanted your drawing, they should have given you money. You can’t enter. We don’t support spec work in this house.”

That’s exactly the attitude of many commentators at Freelance Switch in a recent “scandal.” Frankly, I’m disgusted.

Jonathan Fields is publishing his upcoming book with Random House. He thought it might be nice to hold a contest for the book cover design. He never imagined he’d be raked over hot coals for doing so.

Freelance Switch posted the rules to Jonathan’s contest on their blog. Most of their readers are designers. The admin at FS thought it was a nice opportunity.

Well, readers were outraged. They bashed, they flamed, they stuck their noses in the air. They claimed Jonathan and FS were promoting spec work. They were insulted and offended. They raged. They demanded that FS recant their position and remove the posting.

Jonathan was faster. He canceled his contest. And I think that’s a bloody shame.

Now, I’m not a graphic designer. Maybe I was missing something. I couldn’t believe the poor behavior displayed by FS commentators, but maybe they had good reason.

So I asked Harry (who is a graphic designer with 20 years experience) to have a read and tell me what he thought.

I asked whether he felt Jonathan’s contest involved spec work. No, he answered. There were no calls for spec work. It was a contest, pure and simple. Submit a great design and get a shot at winning the coveted honor.

No participation required. No loss to those who don’t participate, and no particular gain besides bragging rights for those who do.

That’s how a contest should work, right?

Both of us were upset by the nasty, snobbish comments at FS. They were rude in nature and directed at both FS admin and Jonathan. How DARE Jonathan throw a contest!? He should offer 10,000$ instead!

Good lord. How greedy can you get?

As far as I’m concerned, the whole comment section at FS was a huge display of snobbish arTEESTic behavior. And I’m so down on arTEESTe it isn’t funny.

But I’m a writer. What do I know of spec work in the design industry?

I also have half a brain and can tell the difference between a scam and an honest contest.

A contest is, “Will you be the next Stephen King? Enter our contest and write 100 words. We’ll choose the best entry and the winner receives a free book publishing contract!” Hell, I’d take a shot at that. It’s a pastime. It’s a hobby. It’s a chance. Sheesh.

Entering a contest is a personal choice. If you’re interested and it feels legit, go for it. So what if you aren’t paid? No one pays people to enter contests. Have we all become so shallow that taking a chance at opportunity isn’t worth it if there isn’t money involved?

You might win something more valuable to you than money – ever think of that?

And if you don’t want to enter? Then don’t. It’s that simple.

Don’t brandish pitchforks and burning sticks to the point that you tear down someone’s good will. Don’t start ripping people apart and treating them badly. Don’t judge people’s intentions because of a bad experience you’ve had or because of a select few that walk the dark side.

Making good, honest people out to be thieves is slanderous. What I saw on FS reminded me of a stoning. It was terrible.

I feel bad for Jonathan. Here’s a guy with great intentions trying to offer something fun for everyone. He felt his contest was an opportunity for many people to relax, be creative, loosen up and have some fun trying their luck. The winner would get a little bit of fame.

Plenty of designers were thinking of entering. Why wouldn’t they? A book cover is great bragging rights.

For the rest of the people out there who just forgot how it feels to be on the receiving end of a hurtful comment, try this:

The next time you’re about to slam out some indignant comment, put the keyboard down before you hurt someone.

Get both sides of the coin. Do some critical thinking. Use your brains. Toss in some humanistic perception and remember that most people aren’t out to get you or screw you over.

Oh, and in case you’re wondering, my toddler has entered plenty of Crayola-inspired drawing contests. In my household, we promote personal achievement and opportunity. What values do you promote in yours?