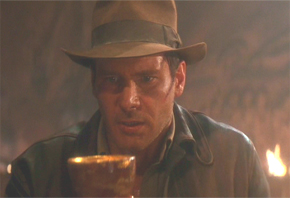 “You don’t do anything by halves, do you?”

James said that to me the first time that I single-handedly negotiated a project contract on my own. Usually, James is on the front lines, dealing with customers and hammering out the project guidelines. This time, I did it. And it was a big one.

A single comment often sets off a chain reaction of thoughts in my mind. They tend to lead to small life-changing moments. James was right; I rarely do anything by halves. For me, my attitude has always been all or nothing.

Recently I’ve been following Dave Navarro’s Early Riser program. I ran into the same obstacle of all or nothing. I was determined to succeed, bit off more than I could chew, and ended up feeling like a failure.

Some believe perfectionism is a good thing. It does have its merits, but it often works against a person. I never realized how detrimental my behavior is to my way of life. Being a perfectionist has affected the way I eat, the way I work, my relationships, and almost every aspect of my days.

Being a perfectionist can screw you up big time.

When You Don’t Succeed the First Time

One of the biggest problems perfectionists have is setting realistic goals. I never realized I set the bar too high for myself. Halfway through whatever I was working on achieving, when nothing went according to my vision, I would give up in frustration.

Most perfectionists do achieve more than those who aren’t. No matter what perfectionists achieve, though, they often view their accomplishments as failures – unless they achieve exactly what they wanted (and more) in the way they’d planned.

To an outsider, the end result of a perfectionist’s efforts usually exceeds expectation. To a perfectionist, it’s never good enough, because the person spots flaws. The perfectionist wastes more time building that perfect project when time could be better spent elsewhere.

You Don’t Always Have To Finish What You Start

Do you have a habit of starting projects and never finishing them? The next time you find yourself avoiding a project, ask yourself why you’re not finishing it. Have you decided that, rather than risk failure or look like you can’t handle the job, you’re ignoring the work?

If you’re not ready to take on a project, then put it down. That’s okay. There’s nothing wrong with saying that you’re not ready, skilled enough or able to handle the project. Admitting that is no reflection on you, it doesn’t mean you’re a failure or that the work you produce is substandard. It means that, at this particular moment in time, the project isn’t right for you.

Procrastination is nothing but avoiding what makes us uncomfortable. We’re uneasy or afraid of what we have to do or just don’t want to do it, so we keep pushing the task off.

Once you identify what the real issue is and why you’re setting the work aside, you’ll find the issue isn’t as big as you realized. You’ll face the facts and get yourself through the project. Even better, break the project down, take it apart, and work on small tasks for a few minutes each day. Before you know it, you’ll be done.

Mistakes Are Your Friend

Many perfectionists are afraid of making mistakes or looking foolish. Okay, nobody likes to look stupid, but mistakes help you learn. Knowing what doesn’t work helps you understand what does work the next time you have a similar task. Admit that you don’t know everything, embrace that fact, and get down to the job of learning.

Many perfectionists have problems delegating tasks or responsibilities to others. They feel no one can do it better than they can. Perfectionists don’t trust anyone and end up burdening themselves with more work than necessary.

My mother is much like this. (Sorry, Mom). If my brother or I couldn’t do something to her standards, she’d roll her eyes, snatch away what we were working on, and say, “If nobody else can do this, I’m better off doing it myself.”

Hear that enough times, and you start to believe it, too.

Learn to admit that you can’t do it all (and you really can’t). Delegate and let others have a little bit of your trust. They’re just as capable as you are.

How Do I Fix This?

So, how do you turn the problem of perfectionism around? Here are a few ways that help me:

Do as much as you can, but know when to move on to something else. Your “good enough” is already better than most.

Learn from the past. Figure out how to improve the next time around if you didn’t get it right the first time.

Set reasonable and realistic goals. This might mean setting many smaller goals that lead to a bigger one.

Don’t live in the past and fuel your inspiration with your glory days. The last success was great, sure. Go ahead and bask. But you have to move on to whatever is waiting around the corner.

Enjoy the ride. The fun is in the journey, not the destination.

Perfection is an illusion, and it doesn’t exist. Everything has flaws, even great works of art – you just can’t see them. Only the artists himself does.

Do the flaws matter? Not much if no one else notices them. So go ahead and strive for perfection, but don’t beat yourself up while you try to find the Holy Grail.