How to Kickstart Your Book Project 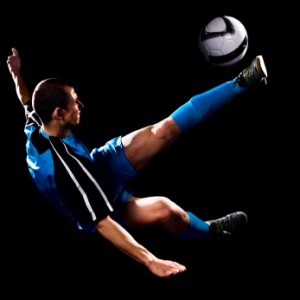 I’ve been called many things in my life. Patient is not one of them.

Well. Like I said, I’ve never been called patient.

I decided to take control of my own destiny and circumvent traditional publishers – and I’m going to tell you exactly how I raised money, planned my coupe and sped up publication of my fourth book by one full year, so that you can do the same.

Antiquated Is In the Past

I’m no newbie to publishing, having written three books already. I’m well aware that book publishers and the publishing industry at large are behind the times.

Many publishers cling to antiquated methods. To boot, those methods are becoming less relevant every day. And what’s more, the publishing industry often rejects books deemed to be too risky. That means your book may never see the light of day – and if it does, it takes forever to get it there.

Here’s the catch: People want to read and learn as soon as possible.

The good news? It’s easier than ever to circumvent old-school publishing gatekeepers.

Many first-time authors don’t understand that when they sign contracts with traditional publishers, they’re not writing for readers.

Your publisher’s editor has final cut. The last word. Executive decisional power. If the editor doesn’t like the direction of the book, she can change it. That means publishers can dilute the message of your book.

Suggestions to improve the book are one thing, but corralling the central theme to make it more “mainstream” increases the risk that it won’t be unique and great.

I believe I’ve written a great book. I didn’t want its fundamental message altered by anyone but me. I won’t have my book repurposed into a “me-too” publication.

Not on my watch.

Giving Your Book a Kickstart

Authors have an outlet: the internet. It’s never been easier to reach masses of people via books, blogs, music, or video. No longer do creative types need traditional gatekeepers, especially with the help of some pretty neat sites.

I found out about Kickstarter back in May of 2010 via Seth Godin. The site allows creative types to fund their projects, be they books, CDs, movies, works of art, or new toys.

Producing a quality book means using good people–and good people cost money. So I was intrigued enough to give Kickstarter a shot last year to raise money for my third book.

It worked in spades.

The results of my first Kickstarter project were amazing. After about a week and a half, I met 40% of my goal! I hit 90% of my funding in less than a month and locked in the full amount I needed just a few days later.

I’m using Kickstarter to raise funding for my fourth book too, and I’m off to a good start. I budgeted out how much I needed for editing, proofreading, cover design, interior design and book production, and then posted up my financial goals and project description.

How to Kickstart Your Funding

Kickstart won’t automatically bring you money. People need to want to help you fund your project – they’re the ones donating the cash, after all.

That means many Kickstarter projects go unfunded. Lack of interest, lack of believable marketing plan, lack of motivation, or lack of incentive.

Here are three tips on how you can maximize the chance that your Kickstarter project is successful:

Once I’ve reached my funding goals, I’ll be heading to Lightning Source (LSI), a professional printing company for print-on-demand that handles older titles from big-time and traditional publishers.

This begs the question: Why avoid subsidy presses like AuthorHouse or Lulu?

While there are exceptions, many self-published books look unprofessional. Mine won’t. The New Small is a case in point. It turned out great.

And to make great happen, you need to hire great professionals: a cover designer, an editor, a production person, and a proof-reader. You’ll also need a good-looking website and money for marketing and public relations.

Maybe you’ve heard of the Project Triangle: You have the options of fast, cheap and good – and you can only pick two. It’s not possible to optimize all three – one always suffers.

I chose fast and good. Which would you pick?

Phil Simon is an author and recognized expert consulting companies on how to optimize their use of technology. His contributions have featured on The Globe and Mail, the American Express Open Forum, ComputerWorld, ZDNet, ABC News, Forbes, The New York Times, ReadWriteWeb, and many other sites. His fourth book, the Age of the Platform, will be published this year..