Why You Should Ditch Your Blogging Schedule 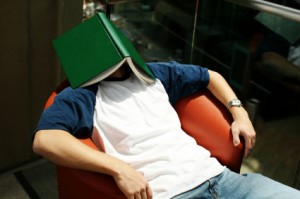 For several years now, you’ve been given advice from probloggers (and not-so-probloggers) that just wasn’t very good advice at all. The advice made sense. The analogies were understandable.

But the theory was wrong.

I know, because I dished out that advice and followed it strictly for years. I was convinced it was good advice and that if I didn’t follow it, all hell would break loose. Lightning would strike me dead. All my loyal readers would string me up, tar and feather me and throw rotten food as I pleaded for mercy.

I was wrong too.

After all, the advice made sense: Have a blogging schedule, and stick to it. Be reliable. Dependable. Write blog posts and publish them according to this rigid schedule and provide readers with a steady stream of constant blog posts.

And if you did, if you busted your ass and posted on the days you promised, no matter how you felt, no matter what you’d written, no matter if your kids were sick… you’d reap the benefits.

But no one thought to really examine those benefits closely. How could we? We were all new to this blogging thing. No one had come before us and proven any best-practices principles. We really had no idea what would work.

We made up the rules as we went along – and then we realized they were pretty stupid rules.

Here’s what the rules told us to do: Blog according to a schedule, and you’d be conveying that your blog was reliable, dependable and consistent… like a grocery store with set business hours you knew by heart. You could go in and get bananas because you knew the store would be open. And you knew when it would be closed, too. (Everyone needs sleep, after all.)

Warm fuzzies for everyone. Let’s give a round of applause, shall we? You’ve stuck to your schedule and your readers nod in approval. What a nice, reliable person you are.

But that’s where the benefits stop. In fact, if you stick to your consistent blogging schedule religiously, come hell or high water, you’ll soon fine the warm fuzzies fading away. You may even damage your readership relations, wreck your ability to collect comments, destroy your open rate on hot new posts and generally make your blog a boring mecca of take-it-for-granted production.

You might even neglect your business and forget that blogging should have an ROI.

I know, because that’s what happened to my blog.

And not just my blog, either. My peers and I have been secretly discussing this problem for some time. And we’ve all come to near-unanimous agreement:

Constant, reliable, regular posting sucks the life force out of your blog.

Think about it: When you first sign up to receive new blog posts, you’re excited. You read each one that reaches your inbox, quickly. It’s awesome!

But after a week or two, maybe three… you’re not reading those new posts every day. They slip into your inbox whether you need them or not. They light up in your RSS feed like clockwork.

And those blog posts start to become clutter.

Because hey, you’re busy. You’ll skip reading today. Besides, you probably already know what the blog post will say. So many of them become redundant advice you’ve heard before. Nothing new. Nothing exciting. Same old, same old…

Then you skip another day. And another. And maybe even a full week goes by before you feel guilty and decide to read some of the posts waiting for your attention. You skim the headlines, you scan a few posts… you have no time to waste – there are a LOT of posts to read!

Ah, to hell with it. You’ve read five. It’s all the same boring stuff. So you hit the delete button and flush the rest.

And then you go back to whatever you were doing before. No worries – there’ll be more blog posts to read. They’ll just keep coming at a nice, steady, reliable, dependable pace.

I get it. I know how it goes. I’ve flushed plenty of great blog posts in my time (and probably without much regret). Inbox zero, right?

But I’m not just a reader – I’m a writer. I know exactly how much thought, time, and effort goes into every post I write. I’ve spent hours writing great material – days. And that’s just for one or two posts! There are over one thousand articles here at Men with Pens.

That, my friend, took me years to create.

And knowing that only a fraction of my readership avidly opens those articles, only a small minority actually reads my hard work – slowly, carefully, with the intention of learning something new… well.

Makes one question what the hell we’re all doing with this blogging thing, right?

Because we all know the truth: Beyond adding to the social proof of your sum total readership, blog readers don’t do much for anyone. They won’t make you rich. They aren’t buyers. They prefer (and sometimes even feel strongly entitled to) free-of-charge articles that took time and effort to create.

Provided with a smile. On a steady, regular basis. And rarely a penny (or even a thanks!) shall change hands.

And the more articles that writers produce (because hey, everyone and their gramma has a blog these days), the less readers care. There’s content everywhere. Everywhere. On any subject in the world written from at least 68 different perspectives. And that’s just in a single day, within a small, specific niche.

With all that content going around, with all those people caring less and less, readers get blasé. They read less. They comment less. They ignore massive amounts of blog posts because there’s just too much of them. It’s a little like eating cheap Chinese buffet every day for a month.

After a while, you’re sick of it. And you just want a really good steak for once, dammit.

I’d much rather sit down and write a great article when a profound idea strikes me or when I’m feeling particularly excited or have something significant to say. If that’s Friday or Tuesday, who cares? If it’s once a week or once a month, who cares?

Wouldn’t you rather get something from me and feel excited? Wouldn’t you prefer that awesome feeling of, “Ooooh, cool, a post from James… I wonder what it’s about this time!”

I would. And so I shall.

It’s time for this blog to become a high-end restaurant. This isn’t a grocery store. It’s not a buffet. It’s a place you come for blog posts you can savour.

So I’m ditching the blogging schedule. And that’s very good for you, my friends, because there’s nothing like reading profound, inspired, motivated posts written because they had something significant to share.