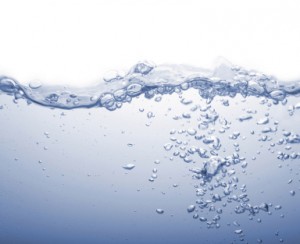 This is going to be a hard post for some writers to read.

There are the exclamation-point addicts out there, you see. They’re the writers who feel they really can’t put across the excitement, immediacy, or sincerity without that little extra boost (!) to make it feel super-charged. They’re the writers who believe that they should slap an exclamation point at the end of a written sentence anytime they would allow their voice to lift at the end of spoken one.

They’re the writers who are just flat-out addicted, who punctuate nearly everything with a series of multiple exclamation points, getting progressively worse as the writing goes on.

You should get this product! It will change your life!! Seriously!!!

Exclamation points, you see, are evil.

Think about every effective advertising campaign you’ve seen. Think about advertising with really punchy headlines that suggest motivation, excitement, and daring. Think of car commercials, of sporting goods stores, of Apple and Nike.

Now think about their taglines. Go look at the copy on their website. What do you see?

More to the point, what don’t you see?

That’s right. No exclamation points. Not even a straggler.

With good reason. Copy is far more effective without them.

Those are pretty strong statements. They seep into your brain. They have impact, like a fist. They make you think, “Yeah. I should do that. I should be like a rock. I should just do it. I should think different.”

Now try each of those statements with exclamation points:

Why Exclamation Points Devalue Your Writing

Think about being on vacation traveling on a luxury cruise ship for just a moment. There are two activity directors on this cruise. One of them talks using exclamation points, the other one doesn’t.

Director 1: “Hey guys! We’re going to have just a great time on this cruise! We have lots of activities for you to choose from, and it’s going to be so much fun!! Who wants to go try out the tennis courts?! I know I do! You too? GREAT!!”

Alternative Director 2: “Hey, guys. We’re starting up a Nerf gun war in the cruise lounge, and it’s going to be awesome. First twenty people there get the grenade launchers. Who’s with me?”

Who do you want to play with?

To be fair, the cruise director with the Nerf war has a much better offer – you want to be one of those first 20 people. But see, that’s the thing. When you’re good, you know how to make a better offer without riding on exclamation points to create excitement.

This means that when you do hear an exclamation point (or read one), your brain wants to be skeptical about the authenticity of the statement. If Director 1 had suggested a Nerf gun war, and you heard him talk about it in that bubbly voice, you’d probably be thinking, “Lame. What’s up with him?”

You’d think it was lame even if you would LOVE a tennis game. The reason is because that person think the only way you’re going to get revved up about playing is by hearing those exclamation points.

If you have confidence in what you say, in what you write, you sound much more believable without exclamation points. Every time. No exceptions.

Need more proof that exclamation points ruin good writing? Pick up a book by any major mystery novelist you like. Dick Francis. John Grisham. Stephen King. These guys specialize in keeping you on the edge of your seat. These guys are all about anticipation and excitement.

Now go find one single instance where a new action is introduced with an exclamation point. Try finding, “There was a gunshot!” instead of “There was a gunshot.” Try finding, “He came at me holding a machete!” instead of “He came at me holding a machete.”
Would adding exclamation points have left you feeling more creeped out or less creeped out? I rest my case.

There are a very few occasions when an exclamation point is appropriate. Mostly, those include writing scripts for bubbly cruise directors.

Until then, leave ‘em out.