Is Perfectionism Holding You Back? 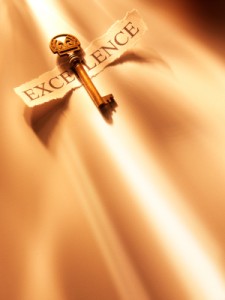 Perfectionism. It’s a tricky little concept. People work like dogs at a project and smile as they say they just want something to be so stellar, so excellent, so clearly brilliant that it’s…

But let’s call perfectionism by its true name, shall we?

That’s what perfectionism really means: that you’re scared of saying something’s done, something’s finished, something’s good enough. You double-check and you hire pro after pro to go over the work and you tweak and rewrite and stress and worry. You just can’t let go.

Because you’re full of fear.

Fear of getting something wrong. Fear of making a mistake. Fear of not having the results you hoped for. Fear that someone didn’t do the job well enough. Fear of lack of control. Fear of letting go. Fear of people laughing, of embarrassment, of failure.

Or maybe even fear of success.

Who wants to face the demons within themselves, after all? If we admitted they existed, we’d have to do something about them. We’d have to struggle with them, fight with them, understand them, and overcome them.

Better to be a perfectionist.

You can stay safe and stagnant as you chase the impossible goal of perfection. You get to avoid taking risks and facing what really scares the pants off you. Like admitting the truth: