How ‘Same Old, Same Old’ Can Make You a Successful Writer 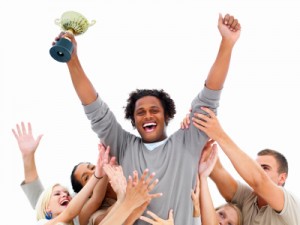 In July, I moved into a farmhouse in Montana on 20 acres of land.  It’s a dream I never seriously thought I’d realize – a home in the country. And in almost every way, the dream has met its promise.

I said almost: The dream didn’t provide much guidance on Internet access.

Turns out that there’s no cable or DSL at my new dream home. So I relied on my wireless hotspot and for about two weeks, life was good.

But the introduction of 4G confused my blinky little friend, and I began losing my connection.

I switched to a company that promised the latest radio technology. And when it was good, it was very good. And when it wasn’t good, I spent hours watching the death spiral on my computer screen.

I need the Internet to make a living. Without it, my dreams turned Dickensian, and I pictured bankruptcy, foreclosure and debtor’s prison. Out of desperation, I used my iPhone as a personal hotspot.

At least it worked.

Which brings me to my point:

In the end, I didn’t care about stellar performance.

I cared about reliable and ‘good enough’.

As my pal Jeff Berry wrote in his recent book, The Unbreakable Rules of Marketing, “consistently good is better than occasionally excellent”.

And after my internet experience (or lack thereof), I began to think that maybe consistency is what we should all start aiming for. Here are some great places to get started:

Consistent branding. If you’re a company of one, as I am, you may not have given a lot of thought to your brand. In fact, you may know the Apple and Coca-Cola and Avis brands better than your own.

If clients and prospects don’t connect with you on a psychological and emotional level – or in plain English, if they don’t have a gut feeling about your brand – then you’re bland and forgettable. Worse, if their gut feeling keeps changing, then you seem as psychotic as Sybil.

For 20 years, I’ve been associated with quirky quality. The tools of the writing trade have changed – when I went into business, no one ever asked me to write a blog or a tweet or even an email.

But my promise to clients has stayed the same: Publishable first drafts. Few revisions and cheerfully carried out when needed. A tolerable amount of zaniness.

(Actually my clients delight in asking where I am, because the answer can range from “home on the ranch” to “sailing the seven seas”.)

What’s your brand mission, personality, experience? Decide who you are. Then stick with it. You may find a whole group of people who think it’s really cool that a writer with a man’s name wears women’s underpants.

Consistent delivery. In my early 20s, I lived in New Orleans. I loved it – the gumbo, the music, the beignets, the parties, the po-boys, the parades. Did I mention the food? New Orleans runs slower and later than any other U.S. city, meaning midnight sometimes found me in a club instead of bed.

Over time, I became pals with a pianist I’ll call David. One night he invited me to the Quarter to hear him and the District Attorney’s kid play. The kid – let’s call him Harry – was 17. David introduced him to me. Not as talented as David, but super nice.

Problem was, you could never count on David to show up. If he did, he was excellent. If he didn’t, you had an empty stage and customers heading for the door.

Not so with Harry. He was dependable. He was hard-working.  And by the age of 22, he was world-renowned as the jazz musician and Grammy winner Harry Connick Jr.

Am I a bad judge of talent? Apparently. But I think Woody Allen is right when he says 80% of success is just showing up.

And doing what you say you will.

When I tell a client they’ll have an email by Tuesday at noon, it’s there by 11 am just in case I forgot to spring forward. Even with my Internet spiraling out of control, I never missed a deadline. I know it’s boring to be on schedule, but find some other way to be interesting.

Don’t promise what you can’t do. Don’t make excuses, even valid ones. Yes, you have kids, you’re sick, they’re sick, you got a flat on the way to the doctor. Trust me, no one cares.

Make sure you deliver. Always.

Consistent experience. Ever go to McDonald’s for lunch? Quit denying it: Of course you do. How else have they managed to serve 35 times the planet’s population?

You know just what to expect when you go there. If you order a cheeseburger, it’ll be so flat you’ll miss the meat. If you order a shake, it’ll have an oddly chemical taste. Even the milk tastes as though it was drawn from an artificial cow. The quality – or lack thereof – is no surprise.

And that’s why you’re there: no surprises.

Your clients want to know what to expect. If you always bill them by the hour, don’t start charging by the project without discussing it. If you always send an outline first, then don’t deliver the first draft without one. If you always post your blog on Tuesday, don’t go for the gold star by putting it up on Monday.

And if you’ve been a curmudgeon for 10 years, don’t adopt a sunny personality. Stay mean – your clients like it.

From first contact to last, keep the experience familiar.

Consistent performance. Back in 1994, Andre Agassi was one of the brightest stars in tennis. He was also an underachiever. So Agassi and his manager approached Brad Gilbert, a tennis veteran with solid skills but a rep as an overachiever, to coach Agassi.

They wanted to know what Gilbert thought of Agassi’s game. In Agassi’s book, “Open: An Autobiography,” he shares Gilbert’s answer:

You always try to be perfect, he says, and you always fall short, and it f**ks with your head. Your confidence is shot, and perfectionism is the reason. You try to hit a winner on every ball, when just being steady, consistent, meat and potatoes, would be enough to win ninety percent of the time.

I aim for consistent performance too – consistently excellent. Do I achieve it all the time? No. I go back and read some of my earlier work and I’m surprised, both in a good way and in a bad way.

I have a deal with my clients: If they don’t like my work, they don’t have to pay me. I know when my work just doesn’t hit the mark. Maybe the client’s OK with it, but I’m not.

In fact, when a situation occurred with web copy a few years back, I asked the client if I could rewrite it even after it went live, at no charge. He said yes, and the copy improved in the second round.

Was it fantastic? No, not even then. But the client realized I was invested in the company’s success as much as I was in my own $$$.

You won’t always hit a winner. But being steady and consistent keeps you in the game.

P.S. For those of you wondering whether I’m still using my iPhone to access the Internet, the answer is no. I’m using a company I’ll call ConsistentConnect. They’re not that fast, but they sure are consistently reliable.

Diana Kightlinger is a top content writer and marcom strategist who tells you how-to and what-for in the EclipseWriter blog. Follow #eclipsewriter on Twitter to find out what she’s thinking and doing.