Are You a Snotty Artist? 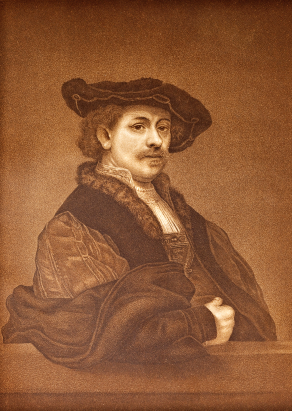 Now, for those of you who know me or have read older posts on this site, you’ll know that I firmly sit in the “writing is a trade” camp and disdain calling what I do for a living an art.

It’s a career. It brings me income. It’s a business. It’s not William Shakespeare or Leonardo DaVinci.

I don’t make a point of fighting to convince those that call themselves artists that they aren’t. They are, in their way. I enjoy writing what I call art myself from time to time. But every now and then, I come across a discussion that makes me absolutely roll my eyes and snort, “ArTEESTes,” under my breath.

One such discussion can be found right here: Are Freelancers a Commodity or a Profession?

The post debated whether job auction sites like Elance devalue professional work. I didn’t agree with the arguments raised, and left a rather long comment saying as much. But what really got to me was the attitude of many, many freelancers who also commented.

I won’t repeat them here.

The majority of comments reflected a pretentious, arrogant mindset. How dare people buy cheap goods? How dare they make do with anything less than artistry? How dare they assume how much time it takes to create The Most Beautiful Logo On Earth?

Let me clue these people into some very important facts:

People who want to hire you for your services aren’t looking to have absolute art worthy of Mona Lisa fame for their website or business needs. They aren’t interested in how many pixels and hours go into creating a banner or a sales letter. They don’t want art.

Let’s be realistic here. If Joe Blow comes along, decides to put up a website to earn some money and feed his family, he’s really not interested in having graphic art so lickable it could be hung on the wall of his living room. He wants people to buy what he’s selling.

Does site appeal and an impactful message accomplish that? Of course. The more appealing and impactful, the more sales.

But Joe doesn’t know that, not really. He’s a garage mechanic who just wants a better life for his kids, or maybe he’s a production line worker who lost his job. He’s looking for a way to keep his income stream alive, and from what he reads online, he knows that there’s opportunity to do so.

He reads a lot of stuff that says, “Find a freelancer. Get a website. Make money.”

Alright, thinks Joe. He Googles “freelance website designer,” and right there on the first page is “Get a Freelancer dot com”. (Which I won’t link to, because I think that’s a crappy site. You can Google it and take a look if you’d like.)

So Joe goes over, sees what other people are doing, looks at what it might cost him and decides to take the plunge.

Is Joe an asshole? Is he devaluing web design everywhere? Is he supporting slave labor, low-quality providers and thumbing his nose at graphic artists and copywriters everywhere?

Good lord, no. Joe’s just some guy who knows cars or how to box canned goods.

Soon Joe gets some bids. He gets a whole bunch of guys offering to do the full work for $50. He also gets some guys offering phenomenally higher rates. Sure these guys have snazzy sites and credentials. The $50 guy has a nice site and plenty of other clients that have passed through before Joe.

$50 versus astronomically high. Which do you think Joe will pick? You do the math.

Now, the bohemiam rhapsody arTEESTes think they know what happens next. They think Joe picks the cheaper rate and gets crappy work back. They think Joe clearly sees he’s wasted his money and should’ve gone with a more expensive provider.

Let me give you clue number three: Your rates do not determine your quality of work.

I know this for a fact. I’ve seen terrible copy provided by some pretty pricey writers. I’ve seen horrible sites designed by expensive graphic artists. It’s not the exception to the rule, either – I see a lot of godawful stuff out there on the internet.

Bad copy that’s full of jargon and that comes off pretentious and full of self-worth. Sites that are stunningly beautiful and completely unusable. Sites that are so unfriendly for visitors and users that there’s a great chance very few sales are happening.

I’ve seen some people who have low rates do some amazing work, too. They live in places that don’t require two grand a month just to pay rent, so they don’t feel the need to price high. They sometimes even do live in these high-economy areas and still charge low rates.

Fast forward a year later. Joe’s doing okay. His website is bringing in some money – not a ton, but he’s actually getting by and feeling good about it. Sure, he’d like to make more money. And he’s learning how. He reads all the popular blogs, he’s catching up on some education and he’s figuring out what he should do next.

Then he finds a site that totally bashes people who pay $50 for a website with five pages of copy. He’s surprised. He reads more. He sees commentators implying that buyers are uneducated, ignorant, foolish and wasteful. He notices that there are some pretty lofty comments and plenty of arrogant attitude flying around.

Now Joe’s defensive. He’s not nodding and agreeing that his website is an artist’s endeavor and that he’s made a grievous mistake. He’s feeling pointed at, criticized, degraded and flamed.

Clue five: Attacking people is not good for business.

So Joe now thinks that those copywriters and graphic artists who complain and gripe about other people and job sites are pretty snotty. He doesn’t like them. He didn’t see explanations why this was all about art, nor does he care. Joe has a business to run, and he knows that when he wants a banner ad or a new look, he has a cheap provider who does okay work that makes him feel welcome.

Maybe it’s not the best work. But it works.

Now, that’s the key, here. It works. That’s what any piece of copy or design should do for a buyer – it should accomplish the desired goal. That’s all that buyers want. Yes, they’d like beautiful and awesome and striking and emotional and impactful and total wow in a CSS box.

But that’s not a buyer’s priority. And if you’re in business, if you write for a living, if you design as a career, you’d do well to remember that.

So what should you do about this artistry/commodity issue? You should:

• Remember that you’re a professional service provider
• Be diplomatic, polite, understanding and friendly with people
• Take no offense when buyers chose a lower-priced option
• Be understanding of your peers and colleagues who may have lower rates
• Work towards education and teaching the value of your work
• Take marketing and sales courses to learn how to better present yourself to be hired
• Work on effectively conveying your value and worth to buyers
• Ignore service providers who aren’t within your niche of industry
• Continue to build your reputation and word-of-mouth referral
• Recognize that no one’s mission in life is to offend you by offering less money than you expect
• Realize that your needs and priorities are not the needs and priorities of your buyer.

Now, I’m not crazy or stupid. You run a business just like Joe does. You should hold out for the rates that you believe your work is worth. If you choose not to work with clients who can’t afford to pay your rates, that’s your prerogative. You have every right to do that.

Just don’t be deluded into thinking that your work is worth the price you demand because it’s “art”. It’s worth your price because it gets the client results.

And if your client gets results he’s happy with from some cheaper provider or a less talented guy?

It’s really not your job to tell him he’s a bad person because of that.