How to Spam Yourself to Success 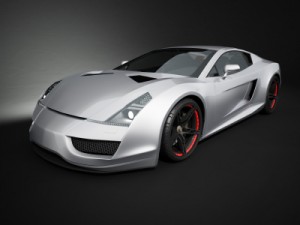 Ladies and gentlemen, I have done it. I have found the ultimate secret to success. The magic bullet, if you will. It’s a precise method that takes you from where you are now (nowhere) to where you want to be (pool side, surrounded by beautiful individuals and sipping on something that’ll get you very intoxicated).

Best of all, you won’t have to pay $997 for some bloated ebook + video course that takes 40 million hours to get through and bores you half to death.

Before I enlighten you on this amazing method, let me ask you something: Do you know why you haven’t already reached the success you seek?

The real reason you haven’t yet achieved success is because you haven’t clearly defined what success means to you. And you don’t keep your eye on the prize.

For example: Let’s say one week you define success by owning a Ferrari. Then the next week you wish for a mansion. The week after that you want to fly around in your own private jet, flush with your own service tending staff and the finest cook money can buy.

Well, I can pretty much guarantee you’ll never achieve any of these goals. Ever.

Why? Well first of all, you don’t even know what you want. Your success wish list jumps around more frequently than a kid playing hopscotch. Second, you don’t have a firm grip on your definition of success.

There is nothing wrong with material prizes as a definition of success. Just make damn sure that if you want to own a Ferrari, then you have an income stream that sustains the sort of lifestyle where you can drive around in one. And driving around in a Ferrari requires a very different income stream than flying around in a private jet. So does owning a mansion. It’s not a matter of aiming low or aiming high; that’s nonsense. It’s a matter of aiming, then locking on to the target.

So “success” should really mean “an income stream that sustains the lifestyle I desire.”

Here’s the good part: I know a method of achieving such success, and it’s practically foolproof.

Now take this goal, and divide it down to a monthly amount. So $220k works out to $18,333 per month. Now divide this further into a weekly goal, which works out to $4,583. That last step is mucho important – you need small, achievable steps in order to succeed.

So how will you make $4,583 per week? Well, being the savvy entrepreneur that you are, it’s highly likely that you’re going to have to sell stuff. Awesome stuff. If you don’t have stuff to sell, then do whatever it takes to create a valuable product to sell.

Think about that for a second. Is it really that hard to sell 2 copies of your high end product on a daily basis? That’s nothing. It’s so easily achievable it should be a joke. You should be laughing right now. But that’s not even the best part.

Here is where things get really good. Sign up for a newsletter service and create an autoresponder email list called Success Goal. Add your own email to this list – make sure it’s your main email, the one you check most often.

Here’s an example of what you might write to yourself for the bi-weekly Eye-On-The-Prize email:

Title: Hey you cupcake, this is what you wanted to achieve

On [date], you decided that achieving a Ferrari would be your ultimate symbol of success. Every action you take should help you move closer towards that goal. Look at what you’re doing – if it’s not helping you move closer, then stop immediately and get back on course.

Remember the initial excitement you felt when you thought about this goal. Visualize what it would feel like if – right now – you were driving around in that Ferrari. Don’t let go of this vision.

Your goal is to get that Ferrari. Keep your eyes on the prize and pat yourself on the arse, because you rock.

Your second, weekly autoresponder should look something like this:

By the end of today, you should have made 35 sales or have banked $4583. If you did, then congratulations! By the end of the year, you’ll have that Ferrari in your driveway, just like you wanted.

If you didn’t manage to hit your goal, then there’s something wrong. Increase your marketing, increase your conversions, or seek help so you can reach your targeted sales goals. Do whatever it takes!

Because if this keeps up, you’ll end up with mere chump change by the end of the year… just like every other average Joe.

You’re not average. Average doesn’t cut it. Thousands of people have Ferraris, and you can have one too. All you have to do is take the right action.

By next week, you should have $9,166  in your bank account. If you let yourself down, how will you set an example for others?

Wipe the dust off your shoulders, pick yourself up and back on the horse you go. HIYA!

How perfect is that? Obviously your emails will be based on whatever prize and/or goals you’ve figured out, but the point is that the method works.

I used this very method to increase my client base by 100% and reduce my workload by about 50%. My ultimate success goal was the 100% increase in paying clients, which I achieved. My short-term goals were to increase my marketing efforts and create more template-type content I could customize in minutes instead of hours.

So be creative, and get cracking. The experts already tell you to set up autoresponders to stay in touch with your potential customers and get them to take action, so why wouldn’t you use this technique on yourself?

One thing I’ve realized is that knowing marketing psychology doesn’t make you immune to it… so instead of falling for other people’s hoopla, fall for your own. It’ll put money in your pocket instead of theirs. And if you found this method useful, consider putting money in my pocket. I won’t mind. I’ll even give some to James.

Here’s to brainwashing yourself to success.

While he has a passion for writing and oozes the entrepreneurial spirit,FJ is a fitness expert first and foremost, focusing on impeccably accurate advice. To read more of his ramblings, check out his fitness blog.