Figuring Out What You Really Sell 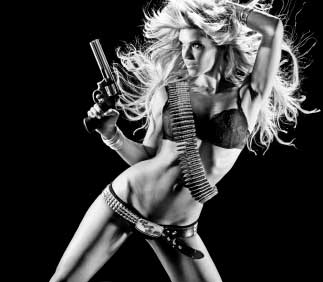 What do you sell?

What you’re selling isn’t about what you sell at all.

A Conversation With James

I’ve had many revelations this past month as I think more on our business, the systems we use, how we work and how it all fits together. A conversation with James on one of my recent revelations had him laughing.

There was a pause and I could almost see the expression on his face. He probably wondered if I’d been working too hard.

“No, I’m serious. I mean, not what we sell, but what we sell.. It’s not about the content or the design at all!” I was all fired up about my enlightenment.

But James was two steps ahead. “My friend.” A pause. “That’s called branding.”

I suppose it was branding, the emotional association people have with a company. It had just never clicked with me before, and I finally understood.

I thought for a moment, determined to dazzle James with my brilliance regardless. “Alright then, what do you think we sell, then? Mercedes sells sophistication and luxury. Victoria’s Secret sells temptation and sultry sex… What do we sell?”

“Success,” he shot back, but then James went quiet and thoughtful. “You know,” he mused, “That’s a damned good question.”

James and I tossed the answers to the question of what we sell around for a good 15 minutes. It’s actually quite difficult to pin down in one or two words what you sell.

Every business sells a feeling. I’ve often said that I’m a sucker for packaging – there’s one example. Packaging that appeals to my senses and evokes a feeling draws me in.

Commercials and television ads play up feelings too. Many people I know buy a product simply because they like the commercial and want what that ad promises.

Rock star bands and musicians put their image and feelings together, selling that. How many times have you bought a CD because the band’s image struck a chord with you? What about the visual impact of their video – how did that make you feel?

When you start your new business, especially one in an area of high competition like writing or design, you need to think beyond the product you sell. Before that product hits the virtual world shelves, you have to decide on the image you’re going to portray to the public.

If your image is boring, dull, or average, who will buy? Who wants to pay money for that feeling? You have to offer people more, a fantasy of emotions. You need to give customers an experience, not just a product.

If you take a good look at television commercials, you’ll notice that many never mention their product at all until the very end. They don’t need to push their product, because they’re selling their image.

These are the commercials you remember, and they’re memorable because they evoked your emotions.

The next time you think of that product, you remember those feelings. You might wonder if you too could be as sexy or cool as the people you remember. You might be tempted to buy and see if it’s all true.

Think about it: How would you feel if you could drive a Mercedes around town?

No one is really interested in a product at all. Strip away the branding image from so many products out there and you’re left with very little. A Mercedes is just a car. Absolute is just vodka. Revlon is just makeup.

So, tell me, what do you sell?