Who Pushes You to Achieve More? 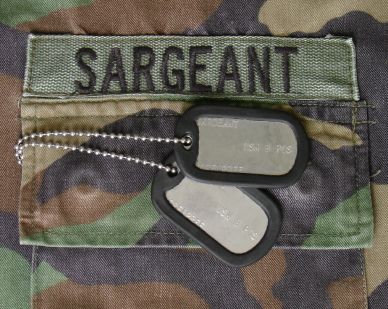 A little-known fact about me is that when it begins to get cold, the holiday season is over, and the New Year is on the horizon, I disappear into the woods for a sacred rite.

By “sacred rite”, I mean “crazy camping trip including a hard-core week-long workout hosted by my ridiculously fit friend”, but whatever. You have your sacred rites, I have mine.

Now, I bring this up because by the time you read this, I’ll have finished this year’s crazy extravaganza. I’ll be feeling pretty badass, and I’ll have done more pushups, sit-ups, and things that don’t have names (but trust me, are extremely painful) than anyone has any right to do in a week-long period unless (and only unless) they’re up for admittance into the Navy Seals.

I don’t do this sort of thing on my own. In my usual workouts, on an average weekday, I do not push myself that hard. But during Winter Camp (as this extravaganza is so innocuously called), I don’t have to push myself.

Casey pushes me instead.

And you know what? I do a lot more than I thought I could do because I’m not the one calling the shots.

It got me thinking that maybe what all of us need in our business is someone pushing us just a little bit harder to go further than we thought we could go.

Think about it. When you were still in school, you probably worked pretty hard. Not as hard as you were supposed to, naturally. But harder than you work now at acquiring new knowledge. You probably don’t get to the end of a long day and say, “Hey, I should read three chapters of Plato and be ready to discuss it in the morning.”

Why not? You used to do it in school. You might have even enjoyed it. You don’t do it anymore because no one assigns you the work. No one says you have to do it.

No one’s pushing you.

You have to self-motivate, and everyone knows self-motivation is some of the most difficult stuff in the world. Doesn’t matter what kind of work you do; getting yourself to do things is a lot harder than simply following someone else’s directions.

The good part about this is that you can voluntarily surrender yourself to someone else’s jurisdiction.

That’s what Winter Camp made me realize. I don’t have to attend it. It’s not required. I go because I like being pushed really, really hard now and then. It gets my New Year started off right.

When Casey says, “Give me five more push-ups!” and I’m about to do a nose-dive into the mud if I crank out even one more, I could stand up and walk away. Casey’s my age. He’s my friend. He has no authority over me, other than the fact that he is bigger and stronger than I am. Even though he is, he’s not going to chase after me and kick my butt if I walk away.

I could walk away at any time. But I don’t, because it’s really hard to walk away from a challenge someone else sets for you.

It’s easy to walk away from your own challenges. You’re the only one who witnesses your decision to turn your back on it all.

You should feel that way when you let yourself down by not achieving the goals you set for yourself. And you probably do, but you can also kind of pretend it didn’t happen, because no one else witnessed it.

So maybe it’s time you let someone else push you. Someone who isn’t you.

The fun part is that you can push each other. Team up with another person in the same situation as you, or pick someone who has big goals to achieve. Then hold each other accountable. Show up at each other’s houses and go all drill-sergeant on each other. Have meetings and booster sessions.

Trust me. Submitting to someone else’s authority, someone who believes you can do way more than you think you can, makes you decide you’re going to kick this problem’s ass. You’re going to show them.

You’re going to do it.

My arms bear witness to this. They won’t have recovered from what Casey had me do to them.

They will look awesome, though.

Now I just need a Casey for business. So do you.