Would You Become Someone Else To Achieve Your Dreams? 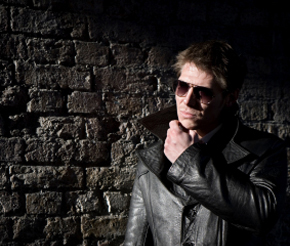 Are you going about achieving your goals in the wrong way? If you’re you, then you might be.

Taking on a role has long been used in psychotherapy, in team-building exercises, in marriage counseling and in acting. When you put yourself in someone else’s shoes, you achieve a new perception. You might feel differently or react differently. You might gain understanding – or achieve your goals.

In a recent post by Dave Navarro, he wrote about thinking from your goals instead of the common action of thinking about your goals. He suggested you should act as if you really were going to achieve what you wanted. Dave said:

In fact, imagine that you have it right now. Identify with it. Act from it.

Athletes often use Dave’s suggested principles – they envision the victory, perceive themselves as winners, and then they compete with often surprising results.

When you behave in certain ways, realms of possibilities open up. So what happens when you become a different person?

There is this guy named Michael Brito, he is me. Nice guy, plays well with others, and all that other pc shit, oh then there’s Bobby, Bobby Street. Bobby is also me, but he is not Michael Brito.

Instead of being kicked around, Michael kicks some ass of his own, these days – as Bobby Street.

Think about this for a minute. Think about how you would react if someone told you that who you are is holding you back – and you knew they were right. This person tells you that if you were someone else, you could live your dream.

Would you do it?

Would you change? Would you become someone that let you live what you wanted? Would you cast aside the person that is holding you back completely and fully to assume a brand-new role that doesn’t resemble the old you in the least?

If you had the chance to be someone else, would you do it? Would you take on a role that makes opportunity possible, makes life easier, and makes your dreams become reality? More importantly… who would you be?