Your Own Song: What you Need to Know about Writing 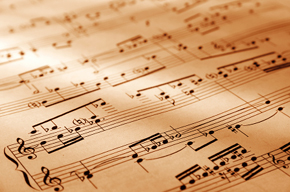 I started writing songs because it was easier than trying to learn other people’s.

A few years back, some ten-year-old kid asked his parents for a guitar. He wanted to be like Roy Rogers.

A few years later, the kid started a band with some buddies and they wrote their own song. It was downhill from there.

The music industry is a tough one – probably tougher than the writing industry (hard as that may be to believe for many pen masters out there). It’s who you know and being in the right place at the right time.

Musicians love music for what it is, for better or for worse. Some end up shooting to stardom, like Nickelback. Some sink down and end up playing on weekends in low-class bars. Some, like Kid Rock, hover somewhere in the middle; famous enough to be known, not good enough to really make it huge.

Throughout their whole life, musicians play, for better or for worse. They never give up. And that’s something they have in common with writers.

Loving what you do, no matter how great at it or how bad at it you are, is the sum of being yourself. There are writers out there who struggle every day to get something that sounds just okay. Some manage to hit the big times and shoot to fame.

Some writers try, banging away for years as they aim for that big break. It never comes, and they get discouraged. Deep down, they know it wasn’t meant to be. But they never quit loving language.

They never turn their back on writing. It’s what they love. Words are in them.

That Roy Rogers wannabe tried for years for his big break. He banged away at it and kept on doing what he loved best. He traveled, he tried to get people to listen. They wouldn’t. They wanted something harder, something more cutting edge.

In the blogging world these days, change is coming. The virtual world rumbles and we’re at the crack of the canyon, waiting to see who’s on one side and who’s on the other. The tempest is coming – are you ready for it?

That boy was. Change was rumbling up in Canada around 1984 or so. Musicians were making waves, trying new things on to see what fit and what worked. That boy hadn’t given up yet. He’d failed, he’d crashed, but he never lost his love for music.

He never gave up.

And when he saw the change happening, he was ready. It still took three years before his time came, but he stuck with music and kept his chin up. He was going to ride the waves and come out on top.

Jim Cuddy and Blue Rodeo went on to earn 7 Juno Awards and 7 SOCAN awards. They’re one of the most successful and well known Canadian bands, with over 11 albums under their belt – and counting.

What made the difference in Jim’s life?

I started writing songs because it was easier than trying to learn other people’s. – Jim Cuddy