4 Reasons Why Your Blog Sucks 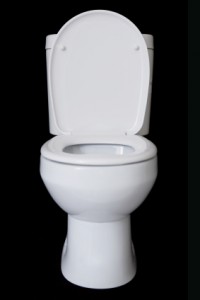 “I stay true to myself and my style, and I am always pushing myself to be original.”
~ Aaliyah, American recording artist

The other day a friend mentioned he had started a blog as a way to earn some money on the side. I smiled, held my tongue, and finished the conversation without comment. But it got me to thinking about some of the deeper problems with the bloggosphere and success in general.

Most bloggers start because they’re looking for a get rich quick scheme, some illusory easy path to fame and fortune. After writing for a couple weeks, they grow frustrated by the slow results and turn to other blogs for advice. Maybe they learn about copywriting or buy a custom design template, but it doesn’t help.

Want to know the real problem?

Safety. Anybody can draft a catchy headline or write a how-to list, but how many people are actually willing to cut through the generic bullshit and actually expose their ideas to public criticism? It’s gutsy as hell, but it’s the key that will earn you respect and readership.

A Lack of Authenticity

Every blog has at least a couple posts dedicated to the search engines. Some random article that barely applies to the blog’s theme and has a dozen keywords peppered throughout each paragraph. And even though nobody actually reads the post, it generates decent (albeit poor) traffic and provides some instant gratification.

Truth is, it’s much easier to write for the Google-bots than it is for human eyes. People are critical and unpredictable. It can be daunting to publish a post you’ve poured your heart and soul into with no guarantee other people will approve. The only problem is it that unless you put your ego on the line, you’re never going to get the chance to build the audience and or interaction you want.

Don’t you think it’s time to stop worrying so much about what other people think? So what if they don’t like your article. Maybe it’s the way you speak, or maybe it’s the focus of your content. Does it really matter? You need to let people appreciate the real you rather than hiding behind scripted writing.

Take a look around the interwebs. You’ll discover that people can succeed in every field with any writing style as long as they’re willing to be themselves. Why does it work? Because we respect the folks that just don’t give a shit about haters, the one’s who speak the unadulterated truth as they see it, consequences be damned. Over time, these authentic souls gather more like-minded people around them until they create a thriving community. The results may not be quick or easy, but they will be lasting.

Maybe it’s time for you to do the same.

It’s easy to spot a newbie blogger. Just find the site with all content and no heart, the kind of place that features dozens of well-written articles but doesn’t share an ounce of the author’s experiences. It’s like reading an even less credible version of Wikipedia, and who really wants to do that?

The art of good blogging is the ability to draw readers into a story. It’s like a television mini-series, only more subtle.

I can sit on my soap box and tell you why your blog sucks, but will you listen if I don’t convince you I’m a credible source? Probably not. We humans believe first and foremost in a thing called experience.

Sadly, the reason I’m writing a post like this is because I have experience in all of these categories. I was “that guy,” the one who lathered keywords like frosting on a cake and hid behind a marketing mask like Mr. Roboto.

I always defined success in terms of income and strove for über-productivity (aka “keyword spamming”) to maximize my profits. It wasn’t until I owned my own freelance company that I realized something was wrong. There comes a time when earnings and output fail to bring satisfaction.

For me, that time was when I had ten employees and a fully automated business. $10k a month sounds pretty good, especially when you only directly invest four hours a week. The only problem was it didn’t mean anything. I didn’t want to be some hidden cog in the machine, forever churning out meaningless how-to information optimized for search engines and target audiences.

You can sell your soul for prosperity, but the money you receive won’t make you happy. I know, I’ve done it and hated every moment. I suppose that’s why I’m writing this, because life experience is only valuable if it can save someone the pain of discovering it for himself.

So don’t transform yourself into a content factory, mass producing generic articles about subject X. As a blogger, your job is to understand your experiences in life and turn your wisdom into a story of success, one that can improve other people’s lives. That’s the mark of a great blogger, and all it requires is a change of perspective.

Write For Yourself, Not Others

One of the things I hate most about blogging culture is the cheesy application of marketing techniques. Oh, just define your target audience and everything will be ok. No, it won’t, especially if you start writing for some vague reader with brown hair, blue eyes, and an interest in “making money online.”

Get a grip! The only people that can create products for a “target audience” are corporations with the budget to hire people in that audience to speak to that audience. Does that make sense? No? Well how about this: write for yourself!

Here’s the trick to “defining” your audience. Don’t. Simple right?

It isn’t worth the time and effort to figure out who likes your writing how to please them. I’m not saying don’t track your results or learn from your experiences, just for God’s sake stop trying to live your life for other people.

Be yourself already! When you start writing the kind of articles you would read, an amazing thing happens. People with a similar perspective will start reading them too.

Realize that different people are going to like different ideas. It’s not like there is an army of clones out there who obsess over everything you write. Not even close. Instead, there’s a bunch of people who like this thing and that thought and don’t care for the rest of your ideas. Don’t worry, it’s life.

The most important reason to write for yourself isn’t because it will immediately attract a huge audience, but because it’s fun. It’s meaningful. It’s deeply satisfying. And isn’t that the point of this thing we call life? Who really cares about all these different metrics for success. In the end, true success is moment spent in happiness, and you can have that right now.

It’s Time to Change the World

So far we’ve covered pretty basic stuff. I’ve listed off some reasons, pretending like I know shit and acting like you should listen. But really, there’s just one reason most blogs suck: because they write blog posts instead of changing the world.

Does the world really need another article about blogging tips? No, not at all. If that was all I was writing about here, I wouldn’t have bothered to submit this guest post. Why? Because it wouldn’t fucking matter.

Who cares about blogging? I’m mean really, at the end of the day nobody actually gives a shit about that typo in the 3rd sentence (you can check, it’s still there). What matters is whether or not I was able to communicate some kind of truth and, more importantly, whether I improved the quality of your life in some small way.

The problem with blogging for money is that it skews your values. You start seeing it as a cost-benefit relationship, where you exchange information for readership and ad revenue. It doesn’t work that way. Value has nothing to do with information.

A real blogger understands that each piece they publish should be able to revolutionize somebody’s life. It doesn’t matter what they’re writing about. Hell, it could be knitting for all I care. When that little old granny reads about a cool new yarn from a blogger she knows and trusts, and when that blogger takes the time to inject humor into her post and focus on her readers’ passions and desires . . . well, that’s when you make the sale. But by that point, it won’t really matter, will it?

You are one-of-a-kind. I know it’s cliche, but only because it’s eternally true. You have a unique perspective, something nobody else can know or benefit from unless you share it.

Stop holding back. Stop hiding behind the comfort of grammatical rules and safe words. Drop an f-bomb every now and then. Nerd out about quantum physics or eating playdough. Be yourself. It’s the only way to succeed at blogging, but more to the point, it’s the only way to truly live.

Good luck bloggers, I’ll catch you in the comments!

Bio: Mark Swedberg is one of those crazy lifestyle experimenters . . . you know, the kind of guy who runs split tests on his dinner date or randomly finds himself in the middle of a Federal sting operation. Keep track of his latest adventures onA Journey’s Tale or catch his experiments in real time on Facebook.