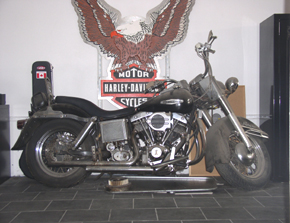 A couple of weeks ago, Wendy Piersall at eMoms posed the question “Just Exactly How Wierd Are You” and challenged people to describe 7 wierd things about themselves.

I have since learned that maybe I’m not as weird as I believed. For instance, Wendy talked about her Egyptian heritage. I shrugged. I’ve always believed I had a spiritual heritage…that’s not so weird. I’ve always felt people have a blood heritage and a spiritual heritage. Yes, I believe in past lives, but even that isn’t so unusual; lots of people do.

Then we have Shane at Shane and Peter. While he admits to being spiritual and believes in the supernatural side of life, he’s skeptical of others who start spouting off about their psychic abilities and experiences.

I’m the same way. I’ll risk revealing that I’m pagan. I’ve been reading Tarot since the age of 9 and have an uncanny ability to know what people are thinking. This still freaks out my roommate when I say or do something he was thinking of only seconds before. I’m also very skeptical of others claiming to have psychic abilities, maybe because I’ve seen so many “wannabes” who have no idea what they’re talking about. I don’t know how to explain it, but Shane? I hear you on that one.

Without further ado, here are my 7 weird things about me:

And a small bonus weirdness: I don’t own a car. My motorcycle is my main means of transportation. Rain or shine, hot or cold, I’m on the bike. Does that count?

So there you go. Now it’s your turn.