Are You Afraid of Success? We Bet Yes. 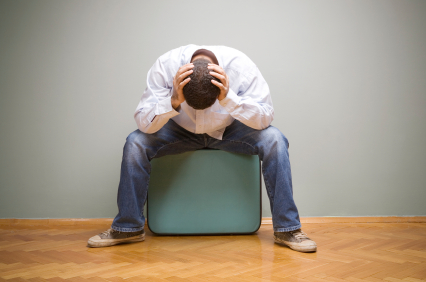 I have discovered something about myself. I’m terrified of success.

Not just terrified. I’m willing to put my health at risk, my reputation, and my financial security. I’m willing to do just about anything, if I can avoid being successful.

You probably are too.

Some of you are thinking that I am nuttier than a Planter’s convention, but I assure you that this blog post was not made on machinery containing nuts. My parents assure me that neither was my brain, so we are living in a nut-free zone, here.

This is a harsh truth, and the sooner we all own up to it, the better.

Don’t you love anecdotes? I do. This one’s going to involve my man-friend of the moment, which means it might just be steamy. It’s a good thing they allowed a woman onto the Men with Pens team, or such posts as these might never have been introduced. I seriously doubt James will ever offer you an anecdote involving his man-friend of the moment, for instance. Think about it.

So my man-friend and I were engaging in some pillow talk (see? STEAMY) and he mentioned that his parents were wishing he’d leave LA and take up elsewhere. Now, their skepticism about his ability to make it in LA might be mislaid. Man-friend is an actor of some measured success by LA standards, which is to say he’s been in some major films and national commercials and quite a lot of smaller stuff.

He’s also currently working as a promoter and a waiter to pay the bills. He hasn’t hit the point of making so much money as an actor that he can do only that for a living.

And this sounds mighty familiar to me as a writer, as it will to many of the rest of you. We may have had some great successes in our fields, but few of us have actually made it to the point where we can quit the ol’ day job and do the thing we love as a career.

Here’s where it gets interesting.

He found it in Chicago. Four years ago. And he still hasn’t moved there.

Same reason you haven’t quite shoved off and decided yes, you’re going to be a freelancer now.

Same reason you haven’t taken the leap of faith.

He’s afraid. He’s afraid of failure, yes. But he’s also afraid of what happens if he succeeds.

If he succeeds, there’s always the chance that still won’t be good enough. Sure, he’ll be paying the bills and working full-time doing what he loves, and that’ll be amazing.

Maybe all of his actor friends in LA will think he hasn’t made it, because his name won’t be alongside DeNiro’s in the next big summer blockbuster.

Maybe it’s not worth it to work that hard and achieve success for yourself – only to find it’s not enough for everyone else.

I gave him a lot of good advice, but as with all human creatures, I told him lots of things I’ve never personally been able to execute for myself. So I’m telling all of you out there, in hopes that repetition will get us all off our butts and out of the fear-game. The fear-game is a sucky game. It’s even worse than Russian Roulette, and it has an even better chance of killing you.