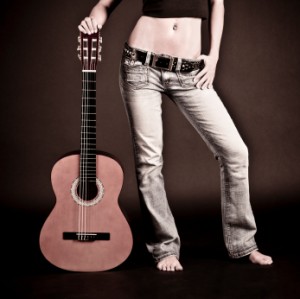 Finding ways to help your readers understand your ideas and concepts isn’t always easy – but there are two writer tricks that you can use to get that “a-ha!” from your crowd: analogies and metaphors.

Now, we’ve covered analogies before. You can read about them right here. The short version is that analogies compare something unfamiliar to something familiar. Readers thus grasp what you want to teach quickly and with greater understanding.

For example, the medical explanation of how microorganisms affect our health can be complex and involve plenty of jargon that people might not understand. Viral invasions, comparing red blood cell counts to white blood cells counts…

No. A doctor trying to calm a worried mother in the emergency room at 3am while her child is burning with fever needs a fast way to get the mom to realize it’s going to be okay.

So he says, “Germs are like tiny little soldiers attacking your body. Your child’s body tries to fight them off by burning them up with fever. Fighting is hard, though, and germs are strong, so your child’s body gets tired and needs lots of rest. Once the fight is over and your child has rested up to recover from the battle, she’ll feel just fine.

That’s an analogy. The mom gets that explanation and nods. She understands.

Analogies are fun, and they’re simple to use. A tangelo is like an orange. A heart is like a pump. A vein of blood is like a river. Taylor is like a whip-wielding taskmaster dressed in a corset.

You get the picture. (No, not that picture. I mean about the analogies. Sheesh.)

Metaphors are just as easy to use, and they can be twice as fun to work with. Metaphors and analogies are unfortunately often confused, though, because they resemble each other – but they do have a distinct difference.

Let’s clear that up, shall we?

A metaphor is when you use one object or concept to mean or represent another. A television is a mind-sucking box. An ice skate is the key to speed. Poets love metaphors: “My love is a flower that needs care and attention…”

He didn’t know how to tell his girlfriend about his mistress, who had a pretty little head and a big, beautiful rump. Ah, but fate smiled his way. The girlfriend got snappy one day and told him he could leave anytime, that she wouldn’t care.

He went and fetched his mistress and brought her to a hotel. There was love in the air, and he unfastened her hair. He proceeded to unpin his mistress, did her frontways and backways and satisfied her as best he could.

(Yes, the live recording of the song includes many a hoot and cat-call in the background.)

At the end of the song, Kevin reveals the metaphor: His mistress is his guitar, and he was changing her strings.

The use of the metaphor was brilliant. It was engaging, sucking the audience right into the story. It conveyed exactly how much Kevin loved his guitar and added a flavor of fun when the simplicity of the metaphor came to light. Everyone laughed.

Imagine you doing that with your content. Drawing people right into the metaphor and creating impact when you reveal the ending. That’s a great way to make sure people remember what you wrote.

And, a good metaphor isn’t just fun, but it can be educational, too. For example, the audience learned about guitars thanks to the well-chosen lyrics – that you change guitar strings by twisting the pegs frontways and backways to loosen or tighten them, and that if you’ve done a good job, the guitar sings sweetly for you.

Kevin could have used an analogy to express that a guitar is like a mistress. Would it have been as effective to convey his message? No. He did use one analogy in the song, that of some people thinking a guitar is like a plank of wood. But the mention was brief, in passing and just seasoning for the main dish.

Your turn: Pick a passion of yours. Think of an analogy for it and drop it in the comment section. Or, go for the challenge of writing a metaphor. Let’s see how creative you can be!