Are You Really A Good Web Worker? 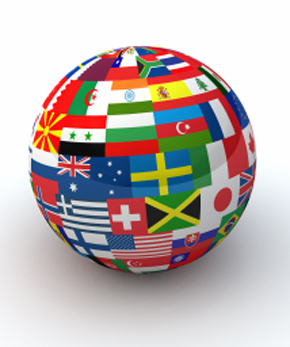 You have a great idea, you’re set for business and you’ve put up a website. So, you start scoping for work and you realize one important fact: You aren’t in Kansas anymore, Dorothy.

Competition is stiff – damned stiff. Why wouldn’t it be? You’re competing for work with millions of other people from all corners of the globe. The rates that you set don’t compare to the ones set by other workers. Some offer exactly what you do at a fraction of your cost.

It makes you pissy. You get upset when you hear about Indian workers or outsourcing to other countries. You mutter and grumble. You might become bitter and start to resent the competition in an international virtual world.

Here’s one strategy that many people take: They adopt a superiority attitude. They’re aghast, they’re shocked and they’re outraged. How dare anyone offer the same for less? This is art – ART, people! – and it has magnificent value to the world!

Oh get real. This arrogant, snotty behavior makes me sick. arTEESTic behavior resembles my toddler’s immaturity – wait, I’m doing her a disservice. Even at three, she knows that everyone has value and that everyone needs to get along.

There’s another aspect that puts the arTEESTe at a serious disadvantage: damaging your own reputation. While you may get clients who enjoy working with a lofty, snotty, arrogant, condescending and self-centered egotistical web worker, most look elsewhere.

The Quality versus Price Debate

Some people snort. “You get what you pay for,” they say, putting their nose in the air. This is absolutely false. The price tag that someone sticks on an item is no reflection on its quality or true value. People purchase high-priced garbage and baubles every day, and they find faults, too.

I could walk outside and pick up a rock, stick a price tag for a million dollars on it and tell people that because my rock costs a fortune, it’s a damned good rock. Or, I could take a Pontiac Solstice and sell it for a dollar. Cost does not reflect quality when people can arbitrarily sell items and services at any price they choose.

Price also reflects local, regional and national economies and costs of living (plus a hundred or so other factors). What’s great pay for Iqualuit sucks in California. A fantastic salary in Texas might barely meet the poverty line in Holland.

“But how can I compete with such low prices?” We hear the outcry often. Want the answer? You have two options: target a different market or find a way to be competitive. Easy.

A popular argument is that anything that comes from a developing country (did you know the term “third-world” is pretty condescending?) is poor quality and built to sub-standards. Who came up with that idea? Since when do we offer up such sweeping, generalized assumptions? Are we so arrogant that we can claim that because a person is from Thailand, he is uneducated, unskilled and unable to do the job right?

I don’t think so. The saying, “Who died and made you god,” comes to mind.

Yes, yes, I know. Great Britain is tops. Canada rocks. And the U.S. is the almighty god we should bow to. Such bullshit, really. “Made in India” or “Manufactured in the Philippines” means nothing beyond that an item came from a region not your own.

And who says that the U.S. is best? I certainly don’t think so. I’m also sure that the guy in Switzerland may not think Canada’s so hot. I bet the guy in Israel thinks Switzerland isn’t too fantastic either.

We will always be patriotic creatures defending the home we love. By all means, show your national pride, but be respectful of the pride other people might have in their own countries, hm?

“It’s a communication issue! There’s no way that someone who has English as a second language could fully understand the project.” I’ve heard that one too. Considering that I’m French-Canadian and that many would consider English my second language, I’m going to call that argument out as well.

In fact, most people who bother to take education and learn a different language end up with a much stronger ability to communicate than someone who never received training. They learn grammar, sentence structure, punctuation… I was often surprised to learn that my abilities writing French were much stronger than native Quebecers.

Certainly, some aren’t as well versed in English as you or I – but hey, you know what? You probably suck at their language completely. Ever try to speak Russian? Or Chinese? Since when has English become the universal language that all must bow to?

If you do find that the person you’re talking to isn’t fluent in your language, hire someone else. Don’t assume that one person reflects the language skills of a complete nation.

Time Is On Your Side

The world’s a funny place. You’re sleeping, they’re waking. It’s day here, it’s night there. 24 hours and it’s spread across countries so that no one knows what time it is where. Impossible to work with such differences in time zones?

Not at all. Those who bitch and complain that buyers should hire local because of time zone differences are the ones that are the least flexible and understanding that the world revolves around everyone – not just them.

We have clients in all four corners of the globe. How do we deal with that? We have clocks. It’s simple, really – and don’t people say we should all keep it simple, stupid? I know that Harry wakes three hours behind me, and I plan my schedule according to that. My client in Australia is in my tomorrow, so we communicate at times when we’re both around: early morning for him, evening for me.

Inconvenient? Not really. At most, I lose a few minutes of my evening. Big deal. The project takes a day or two longer while we work to match up communication hours. So what? Are we that focused on minutes that we can’t be flexible enough to provide good services in locations not our own?

The song “It’s a Small World After All” teaches us that we are a world of people all living together in one planet. Our neighbors are next door, in the next city and in three countries over. We must learn to get along and live with each other, all the while respecting our differences.