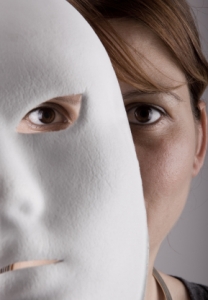 Did you know that human personality is formed of five basic traits?

According to the Big 5 theory, every human being’s personality is a blend of extraversion, openness, conscientiousness, neuroticism, and agreeableness. (For those who like acronyms, the Big 5 theory is referred to as OCEAN or CANOE.)

And in a recent study in the International Journal of Marketing, your success in reaching customers via brand credibility in your content marketing depends on making sure you play up just two of these traits.

First, let’s take a look at what each of these traits mean.

Extraversion means the degree to which we enjoy interacting with others.

People with high extraversion like to talk, are attracted to spending time with other people, are generally optimistic, and show more affection toward others. People with low extraversion prefer to keep to themselves and can get overwhelmed by too much social interaction.

Openness is the degree to which we’re curious about the inner workings of the world around us.

Open people are curious about intellectual ideas, have active imaginations, are excited to explore the unfamiliar, and are generally creative and original in their approach. People with low openness prefer routine and don’t care for trying new things.

Conscientiousness is the degree to which we’re persistent in our attempts to reach our goals.

Conscientious people are more organized, have better self-motivation, and tend to be more reliable in getting the job done. People with low conscientiousness have trouble finding motivation or seeing how they can achieve their goals.

Neuroticism is the degree to which we have been messed up by life.

Every one of us has certain coping mechanisms that don’t make sense, strictly speaking. We might have compulsions we can’t explain or areas of life that make us excessively anxious. Whatever the reason, we fall apart in certain situations and circumstances. People with low neuroticism tend to be calmer and more realistic.

Agreeableness is the degree to which we feel an automatic affinity with others.

Agreeable people tend to be softhearted and good-natured. They trust others more and forgive more easily. In short, they’re nice people, the ones you can always ask for a favor. People with low agreeableness have more natural skepticism, are less gullible, and are harder to get close to.

You’ve probably already spotted yourself in some of these traits, and you know which show up most in your daily life – but which traits should appear in your content marketing to build credibility for your business?

It’s easy to assume that conscientiousness would be the biggest indicator of a trustworthy business. After all, it’s obvious I’d trust a business that seems organized, self-motivated, and reliable.

But the study published in the International Journal of Marketing found that brands who play up conscientiousness are perceived by people to be less credible.

It makes sense when you think about it. If your business brand proclaims you do everything perfectly, potential clients don’t think that’s credible.

No one can be that perfect, they think. There has to be a lot this business isn’t saying. I can’t trust them.

On the flip side, you can’t show too many faults and insecurities. If you’re constantly talking about what a messed up person you are, how you struggle with writer’s block or get overwhelmed easily, or how you can’t get your work done on the average day because of your insecurities… well, I’d probably feel sympathy for you and the difficulties you have, but I sure wouldn’t trust your ability to get the job done.

You’d come off as neurotic.

That’s less of a surprise, but it does beg a question regarding today’s common advice of conveying transparency, honesty and genuineness in your blogging and content-marketing efforts:

How do you walk the line between not being perfect and not being messed up?

Like a slight-of-hand magician, you misdirect. You shift people’s attention and make them look elsewhere, using extraversion and openness, the two traits that build credibility.

You don’t have to attend meet-and-greet events. You can interact with people on your blog and via social media all day long without being in the same room. You don’t have to make physical contact or worry about social niceties. You don’t even have to come up with a reasonable excuse if you want to leave the party early.

You do need to be willing to engage, though.

You need to talk to your readers. You need to converse with people in your blog comments or on the social media platform you prefer. You need to show that you interact with your peers, too – for example, you can write a blog post that mentions you were talking to a colleague the other day and came up with a brand new idea.

When you show your audience you’re willing to engage, they’ll trust you and your brand more.

I like my routine. I like doing things the way I’ve always done them. I like waking up in the morning knowing exactly what I’ll be doing that day.

Good thing you don’t have to be a naturally open person to convey openness in your brand.

Openness means trying new strategies – like a new marketing technique, a new way of crafting headlines, or a new style of writing. Experimentation is great for content marketers, because it gives you new and interesting material to write about, and that conveys openness.

Openness also means exploring the inner workings of what you take for granted. For example, I built my accounting system by following advice I learned in books. It functioned, I knew how to do it, and so that’s what I did.

But after a while, I started asking why this system worked. I looked into each step of the process. I got curious. I found different methods of doing things. I enjoyed learning.

Three results happened: I discovered several ways to improve my accounting system, I got really good at accounting, and I had something to write about. (In fact, I ghostwrote a book on bookkeeping.)

You need to get curious. Learn more about why you do what you do, and why other people do what they do. Explore your routine methods, and find out why they work so well.

You’ll build brand credibility when you write about the process or discuss it with others, and you’ll have a never-ending font of material for your content marketing.

You might even boost your bottom line – in fact, it’s likely that you will.

This trait is a weird one.

You don’t distrust nice people, but they don’t score any more points on the trust scale than not-nice people. Whether your business is seen as credible has nothing to do with whether you’re seen as an agreeable person.

It’s great when clients like you as a person. But if you’re looking to get them to take a leap of faith in the first place, whether they find you agreeable or not doesn’t make much difference either way.

You Don’t Have to Change Your Personality

But you can definitely change which personality traits you play up in your content marketing.

You might’ve already made some decisions. Maybe you’ve decided to play up your funny and sassy side, rather than your poised and professional side. Or your go-get-‘em side, rather than your tentative side. Maybe you’ve decided to play up the fact you were once a circus performer past instead of that time you were a Starbucks barista.

You chose what you want the world to see.

But knowing what you know now, you might want to make some tweaks so that you can build more credibility into your business brand.