Why You Should Avoid Bright, Shiny Ideas 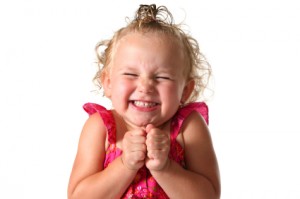 I recently found myself thrown into a group situation where several people were quite excited about a new project. Discussion soared, emails flew back and forth, and the brainstorming was supercharged with electricity. They’ll do this! And that! And oooh, THAT!

It was a Bright, Shiny Idea.

As I watched conversation unfold at lightning speed, I must’ve looked like a stunned idiot. My jaw dropped several times, my eyes went wide and every now and then I’d utter a soft, “Wow. This is incredible.”

It was more than incredible. It was crazy. And not in a good way.

Every now and then I’d risk speaking up. I felt a little awkward breaking up the vivacious discussions, but I could see issues and holes in the rapidly-unfolding project that needed to be addressed.

So I extended my thoughts and offered counsel.

The conversation paused. Silence fell. And had we been sitting around a boardroom table, I’m sure several sets of eyes would’ve turned to fix me with a flat stare.

Then the group launched back into ecstatic chatter as if I hadn’t said anything at all.

They were stoked! This was a fantastic idea!! It was SURE to succeed!!!!

And they sure didn’t want me to tell them otherwise.

This problem happens often, actually. People get jazzed about some impulsive thought and suddenly they’re so motivated that they’re plowing ahead like wild horses with blinkers on. They’re ready to go, by god!

I’ve plowed ahead like that myself several times. You probably have too. When we’re excited about an idea and stoked to get it going, we give it our best. Our everything. Our 150%.

But that doesn’t mean we should.

Each time you get an idea for a project, you need to stop, take stock and think it over. Have you considered every aspect of it? Have you drilled down to the details? Have you planned it all out and examined its potential?

Is it worth your time? Your effort? Your investment? Will it achieve any sort of goal? Does it have a solid shot at success?

And why do you want to pursue this idea? What will you get out of it? What will it bring you? And how much impact will it create with others?

Getting critical about your ideas means pursuing the best and letting lesser ones go. It means you invest your time, your energy and your money in the right places so that you reach better success and more goals.

You have less failures. Make less mistakes. And you achieve more – far more.

And that’s just for regular ‘ol everyday ideas. Those Bright, Shiny Ideas? Huh, watch out for those! Those are the ones you really need to put under the microscope. It’s tough to ignore the blazing sparkles and flash and fireworks, and that glitter makes it hard to see the cold, hard truth of the situation.

You often don’t see the cheap brass underneath until it’s too late.

Bright, Shiny Ideas involving other people are even worse. Everyone’s excited. You all feed off each other. No one’s thinking clearly. The social pressure of peers and that nasty groupthink phenomenon in an already-supercharged brainstorming session means you have the makings of a perfect train wreck.

Want to avoid the crash?

Get critical. Analytical. Cold. Realistic. Logical. Be tough with your idea. Play devil’s advocate. Ask questions. Get a friend involved, one that’s willing to take shots at your project. Mercilessly grill every inch of your idea until you’ve swept away the sparkles and can see the reality clearly.

Then decide whether it’s worth it. You might end up realizing that the tantalizing glitz of that Bright, Shiny Idea hid a gaping hole… one that you don’t feel like falling through.

And if that’s the case, you’ll be thankful you had the foresight to take a closer look before diving in.