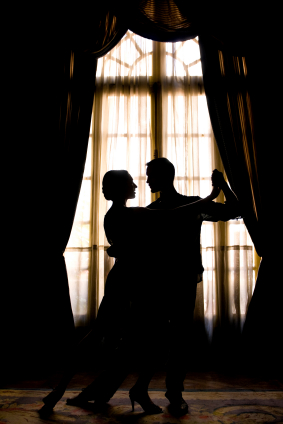 Fiction writers care deeply about the characters they bring to life. They think up personalities, quirks and flaws, they romanticize the image, and then they allow the vision of their character to pour forth in words.

As writers, we all want characters that come alive on the pages. Characters make or break a story. Get them wrong, and the book gets set aside. No one wants to read a dull, two-dimensional creature of fiction with no more depth than a flat piece of glass. Get a character right, though, and readers fall in love.

You can almost hear the thunk.

Because we have so much heart and soul (and a little of ourselves) poured into the characters we create, giving them up to share in a collaborative creation becomes difficult. We find it hard to let other people play with our toys, and we get very selfish about sharing our characters in play.

In fact, fiction collaboration can become a nightmare.

In creative collaboration, fictional writing and role-playing games like the one we run at Escaping Reality, moving a character (the act of writing out the thoughts, actions or speech of a character that isn’t your own) is a huge no-no. It takes a careful eye, good insight into the character’s personality and a certain knowledge of its general behavior to get reactions true to form.

No, it’s not easy preventing the character’s main creator from squirming.

I could say collaborating writers need to be less controlling or learn to let go, but I won’t. It’s an uncomfortable feeling to read a misportrayal of our beloved hero or heroine. Even the slightest inaccuracy can get a person’s back up.

I will give a suggestion to fiction writers and collaborators, though. Play your own characters. Don’t share characters unless it’s one that neither writer cares much about. Don’t assume any character’s action, thought or words – not even the twitch of a finger – without asking the owner’s opinion, too.

It’s quite easy to abide by these rules of respect. Simply ask the creator of the character, “How would Sarah look if… What would Caleb say if… and if Rupert did this, what would Erin do?”

Once you have your answer, write away – but write no more than what you were given. And then pass the torch. Lift your pen and hand it back to the other writer. Make your fiction interactive, and don’t hog the scene.

Collaboration is a careful dance of give and take, but as we all know… it takes two to really tango.