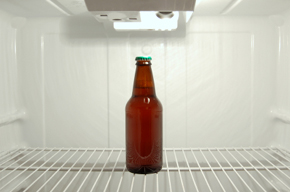 A great novel has stunning visual imagery. There’s no way around it; if you can literally “see” the scene in your head, then the book you’re reading reached a fantastic goal. But you can’t make a novel based on description alone.

You need dialogue. Good dialogue, interesting dialogue. Characters need to interact and speak to create a novel that people can “see” in their minds.

Here’s an example of a segment of dialogue:

“No, thanks,” Harry said. “I’m working on this banner right now. Maybe later.”

“Beer makes banners go down better,” James said, and he handed Harry a bottle. “Come on, have one. Cheers.”

Bored yet? I sure as hell am. The scene has conversation between two characters, which is great, but it’s lacking in description. There’s no life to it and little visual imagery. So what should you do? Describe the bottle or the fridge? Mention the color of Jamie’s hair or Harry’s shirt?

What value does that add to the story? Does it matter what color Jamie’s hair is or that Harry has a red shirt versus a blue shirt? Adding description, in this case, isn’t going to make any difference in advancing the story or making it more entertaining.

There’s another problem with this section of story. “Said”. If you want to bring your dialogue to life, then you have to eliminate the word “said”.

It’s filler. It’s unnecessary. It doesn’t add anything to the value of the novel – so cut it out.

Hold on, though. If you have no description to fall back on and you start cutting out words, what’s left? You need to add something to replace the filler, or you’ll be left with a transcript of an audio tape and little else. Take a look:

“No, thanks. I’m working on this banner right now. Maybe later.”

“Beer makes banners go down better.” James handed Harry a bottle. “Come on, have one. Cheers.”

That’s even more boring than the excerpt before – and confusing. The fluff is gone, but who said what isn’t clear. The scene lacks visual imagery to tell the reader which character is offering what and to whom.

So add some action.

Bringing action into your dialogue can make a huge difference in the enjoyment of a scene. The dialogue helps readers “hear” what’s going on. The action shows them what’s happening at the same time. Readers can “see” the scene play out almost like a theatre act, with all the elements working together to create richer imagery.

“I’m having a beer.” James set his papers down and walked to the fridge. He opened the door and glanced at Harry. “Do you want one?”

“No, thanks.” Harry frowned at his screen without looking up. “I’m working on this banner right now. Maybe later.”

One corner of Jamie’s mouth pulled up. “Beer makes banners go down better,” he handed Harry a bottle. “Come on,” he urged. “Have one.” The bottle went up in silent salute. “Cheers.”

The whole scene, short as it is, is only two men discussing having a beer. But suddenly, when action and dialogue blend together, the scene becomes interesting. Something’s happening. There’s material to capture interest. Not only that, but action has momentum. It’s clear that something was happening and that something will happen as well.

Note that the dialogue hasn’t changed. It has stayed the same in all three examples. But it has suddenly become alive. It conveys emotion and creates a small “movie” in the reader’s head.

The moral of the story is that without action, dialogue can’t support a story. Without dialogue, a story is flat and lifeless. Your characters are people – living, breathing, moving and thinking. Creating a rich novel means balancing all elements of a good story.

The story suddenly becomes accessible – not only in words, but in the reader’s mind as well.