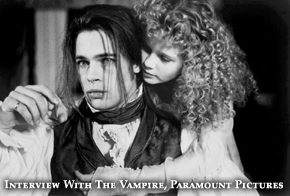 Almost all good stories need conflict – and not the epic battle-style of conflict. The conflicts that bring characters alive are the smaller conflicts that occur between two people, a small group and the internal conflicts we deal with on a daily basis.

Conflict adds an incredible amount of depth to characters. Without conflict, a character falls flat. No one wants to read about Joe Schmoe and his easy life where everything goes his way.

There has to be something beneath the surface, something that compels a character to do what he does – something to give the reader a reason to care. That something is internal conflict.

When You Want it Bad

Desire creates internal conflict. Think about what you do when your desire hits an obstacle. How do you feel when you can’t reach your goal?

What are your character’s desires? What happens when he faces a roadblock? Does he give up or keep trying to reach his goals and fulfill his wants? The way a character reacts when faced with adversity reveals a lot about who they are.

Good conflict is the direct result of meaningful action taken to resolve a situation. Your character might not always be successful with his actions, but he’s trying to resolve the conflict to the best of his ability.

Conflict is the journey of self-realization and the struggles a character experiences to reach his desires.

Sizing Up the Opposition

In order for a conflict to be believable, your character needs a worthy opponent, even if his opponent is himself. Without opposition, challenge and obstacles to goals, there is no story and resolution is easy.

Where’s the fun in that?

In Star Wars, Luke had Darth Vadar as an opponent and challenger. In Interview with the Vampire, Louis had LeStat and Claudia blocking his path every step of the way.

James N. Frey, author of How to Write a Damned Good Novel says:

When I create scenes and antagonists for role-playing games, I try not to make the antagonist invincible or weak. The antagonist is just enough of an annoyance to ruin a well-laid plan or two.

Maybe he’s always one step ahead of the main character. Maybe he’s just lucky. Maybe he’s trying to hide his biggest flaw that might prove his downfall.

Create your antagonist with just enough strength to present a solid challenge to your protagonist. Your character might eventually figure out the bad guy’s flaws, but he’s going to have to work at putting all the pieces together.

Let’s Bond, Shall We?

Another way to create conflict is through bonding. Bonding doesn’t have to happen with another person; the character could bond with a place or an object.

Explain the reasons and development of the bond. You don’t want your reader saying, “Why the hell doesn’t he just leave?” or, “What’s so special about that thing?” A reader needs to know what pulls a character to an item or what holds him in place. The reader needs to understand the inner conflict.

For example, why does someone stay in a dead-end job? Maybe they lack confidence to move on. Maybe they’ve grown complacent, or maybe they just don’t care anymore. Maybe they have a family to feed and no choice in employment.

The mindset of the character tells him to stay. The motivation to change nothing is far greater than running in the opposite direction of his problems – and hence the struggle begins.

Think of how your characters connect to one another. What ties them together? You’ll find a basis for some conflict.

Between a Rock and a Hard Place

How many times have you struggled over the right thing to do? Have you ever wanted something different or thought that if you did the right thing, you’d hurt other people?

Consider the guilt and all the emotions involved with a moral dilemma. Your character is torn. Placing your character in a situation that forces him to go against his morals is one of the best ways to create conflict.

Baring the inner conflicts of your character is a delicate operation. Once you get the hang of it, putting your character through mental hell makes for a great story. Conflict is what makes life interesting. It makes us feel more alive, after all is said and done.

So let your character be torn. Hurt your character, rip him apart and tear him to shreds. You might break him for a little while, because his emotions are raw and his struggles seem too much to bear. But in the end, your character will triumph and your readers will want more.