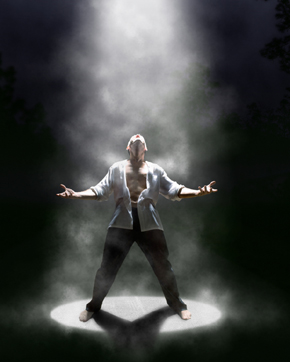 Fear of the unknown. Fear of pain. Fear of death. Isn’t that what holds you back from putting your character through hell? But without the raw emotion that only hurting your character creates, you’ll never achieve a rich, in-depth story that grips readers – from the heart.

What makes us fear pain so much, even the pain experienced by characters that don’t exist? We are afraid of what hurts our characters because we know it will hurt us, too.

Hurting What You Love

Characters – true, multifaceted characters – are people we care about. We created them, and we shaped them to the perfection of our mind’s eye. We love them. They are parts of our heart, our imagination and our soul.

They are parts of us.

The pain they’ll experience, be it physical, emotional or mental, is pain we’ll have to experience, too. We’ll feel it as if the wound was our own, and we’ll ache with the people on our pages. Even more terrifying is the fact that because these people are parts of us, we may change more than they from the experience.

But why is that a bad thing? As an author, you control the outcome of your characters – somewhat. You delve into emotional devastation or physical agony, yes, but you control the result of the situation. You create the pain, torture your people – and you halt the hurt just as quickly.

Realize that by hurting your own characters, you are not a sadist. You are not deliberately hurting your loved ones merely to watch them suffer. You’re giving a gift. You’re helping them grow and develop. Your characters take on deeper meaning to become more alive on your pages.

Harry once set up a scene for a character of mine. It was a plot twist that was brilliantly thought out. My character’s reaction was complete mental devastation. He almost lost that which he cared for the most. His mental reaction was to take the blame. He’d dropped the watch, and nearly paid dearly for it.

The reaction surprised Harry and me both. We hung on the edge of our seats for weeks as my character grew more terrified of letting his guard down. He stopped sleeping. He wouldn’t let his companion out of his sight. He became obsessed with protection and a penchant to kill what he feared – so he could rest.

The downward spiral was crazy. The drama was tense. And at any time, Harry and I as authors could stop it. But we didn’t, because we wanted to see what would happen next, as any good reader does.

We nearly killed both our characters.

What Does Not Kill Us Makes Us Stronger

My character worked through his issues. He and his companion went downwards together so far that we weren’t sure we could pull them back. But they reached a point of trust so deep it was almost as poignantly painful as watching the wrecked sense of security.

Penning the upward climb back to stability of life for those two characters was incredible. The mental scars remained, though my character grew stronger than before. He changed and developed into a more mature character, richer, with a quiet perception that what he loved could be lost in an instant.

He also learned that he couldn’t prevent loss. It was a painful lesson that helped him be stronger.

Each experience of fear, loss and pain that we feel helps us grow stronger, too, just as it does our characters. We become better writers. We have richer people in our novels.

So allow your characters to feel. Permit them to be real and to experience life with all its turmoil and wondrous moments to its fullest. You are not forcing suffering for the fun of it – you are handing your characters an experience.

Don’t you want to know what they do with it and who they become because of it?

They want to live. Let them. And see where it takes you both.