Fiction Writing: What Makes Readers Care About Your Characters? 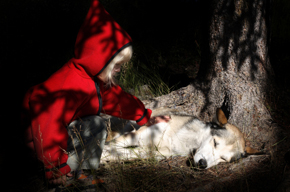 “Really scary books succeed because we come to know and care about the characters. I like to say, “It’s the PEOPLE, stupid” — NOT the monsters!” – Stephen King

What makes readers care about your characters? What makes them hate with a passion or fall in love? What keeps them reading? How do you create that bond between real people and people that only exist on paper?

When you see yourself or someone familiar to you in a character concept, the connection is instantaneous. It’s like meeting a stranger and knowing immediately that you’re going to share a long-lasting friendship.

The situations that your characters experience and the actions they take achieve that bond. When we see situations a character faces as ones we’ve been through ourselves, we feel closer to the character.

Some experiences are universal. Who hasn’t told a lie to spare feelings? Who hasn’t faced a tough decision between what’s right and what’s tempting? Who hasn’t wished for a lifelong bond with someone that loves us?

Or, maybe the situation is even closer to home. Maybe the character is a single mother, trying to do the best she can to support her family – and you’re in that situation, too. Perhaps the character is disenchanted with having an empty life that means nothing – and that’s your life right now.

Recognition often creates a bond you can’t find anywhere else. You relate to the character and the lives they lead. You feel for their difficulties. You take comfort in characters knowing that you’ve felt their feelings, too.

You take these characters into your heart – and they never leave. By the end of the book, you can’t bear to part with those beloved people.

A character’s personality often seals a bond by making us relate as kindred spirits or by encouraging our smiles. Look at the people you like being around, and then look at the types of characters in your favorite novels.

For example, I enjoy witty, charming personalities. Characters like these make me fondly roll my eyes and shake my head. They make me smile. My character Cole has a way of saying the funniest things in the middle of a bad situation.

Other characters often have two faces that help endear them. They’re multi-faceted and complex, just like real people can be. Diego is hard-ass with soft moments that shine through when you least expect them. Cass takes himself far too seriously but puts his brooding aside the moment his best friend Sunny does something totally off the wall.

And Sunny is… Well, he’s an impulsive firecracker, holding back his emotions and the world with his mental walls. But he hesitantly lets his loved ones inside those walls, cautiously showing how much he truly cares.

Personalities touch the reader in such a way that heartstrings tug on a deep emotional level. The reader can’t help but give in and feel emotion for the people they grow to love.

Even the most heinous villain has moments that make him human. Think of Hannibal Lechter: He was awful, but he did have a soft spot for Clarice and courteous manners. Another example is the dark, imperial Darth Vader. Feared leader by all, he came around in the end.

You don’t have to like a character to feel something for them.

Sometimes you even start caring about them, because you see the potential for good in their souls. The brief moments of humanity show there’s hope for change. Snippets that show that an evil character was once good quickly bond readers to the worst murders.

Sometimes characters are just so bad that they’re good.

The HBO series Deadwood is another fine example of characters with humanity. They have vices, but there are certain lines that even they won’t cross. Their integrity shows through.

Characters – good or evil – need facets to come alive. If they don’t, they come across as flat. Think of your favorite characters. What is it about them that makes them human? What are their vices and virtues? What line won’t your character cross, no matter what?

And maybe most importantly, how low can your character go?

Give your character real problems to face and real decisions to make. Also, give them realistic solutions. The obstacles characters come across throughout a novel, no matter how big or small, should always highlight the character’s traits and enrich them in some way.

How does your character deal with a crisis? Does he fall apart at the seams, or does he rally like a trooper? If he’s constantly in control, what happens when he finally loses it? What triggers make him explode? How does he handle pressure, stress and struggle?

Nobody’s perfect. Sooner or later, a situation presents itself where we all crack. How a character works through the situation to the ultimate solution enriches him, enhancing the bond you create with the reader.

The moment could simply be running out of coffee and it’s 3am. How does he feel? What’s he thinking? What does he do? Maybe the moment is a burst of frustration at a pen lacking ink. Maybe it’s a high-drama moment as your character faces death by stoning or the terrible loss of eyesight.

How your character handles himself in difficult situations gives a reader valuable insight that enhances personality, humanity and recognition.

Don’t hold back. Put your characters through hell. Take chances and explore your character’s struggles through the situation. The pain is temporary, and the outcome is often amazing.

Before exploring how you can endear your character to readers or how you can instigate emotion, think about some of your favorite characters from novels you’ve read. Obviously, if you can remember them, something about them touched you deeply.

Now think some more. What was about those characters? What made you care?