How to Be Funny 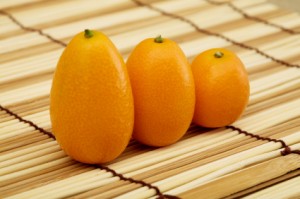 So Copyblogger (for whom James writes regularly) recently ran an article on how to be 20% funnier than you currently are. Now, I enjoyed this article, so I’m not going to trash it. I will say that I think the author missed some seriously easy ways to inject humor into your writing. Here goes:

Every one of us has a weird train of thought. When the person next to you randomly pipes up and asks, “Hey, do you like blueberries?” he did not get there because someone walked by with a giant blueberry on his shirt.

No. The person thought something like, “That girl is incredibly pretty. Nice rack, too. I wonder why they nickname breasts after fruit. Peaches, melons . . . I guess small ones would be plums or nectarines. Flat-chested would be blueberries. Man, blueberries sound good.”

What came out of his mouth was, “Hey, do you like blueberries?” The way he got there was way funnier, though.

This is true in writing, too. When you come up with an idea for a blog post, think about HOW you came up with it. I wrote a post for MwP that began with me thinking about a technique my friend uses for his workouts through to the phial of Billy Bob Thornton blood Angelina Jolie probably still has in a memory chest somewhere on to pink elephants and finally winding up in jewelry.

Here it is: Click here and go read it. I just let my train of thought come out on the page. If I thought of something random that was funny, I wrote it down.

Don’t edit your train of thought. You kill every funny thought you ever have that way. Humor isn’t logical. That’s why it’s funny.

Certain words are inherently funny. You can tell if a word is funny by saying it aloud in a crowded elevator. If people giggle, it’s funny. If they bolt for the doors, it is not funny. If they look at you as though to say, “And?” then it is BORING, and you should never use that word again, ever.

I take no responsibility if you become a slovenly heathen because you can no longer use the word “soap”. Try “scrubby stuff” instead. “Scrubby” is a very funny word.

Get a Punch Line

If you have mentioned something funny offhand at the beginning of your post that was not a part of the regular narrative, you can bring it up again after people have stopped thinking about it and it will be funny anew. I do this often, because it works.

In one post, for example, the punch line was about whistling. Click here. Go check it out.

The closing punch line is a trick used by every stand-up comedian, ever, to finish a set. They tie their last joke back into a particularly funny one they used earlier. You’d forgotten about that joke, but now it all makes sense! The world is full of comedy! All is laughter and joy!

It’s a good trick. Don’t leave out your punch line. Not even if someone offers you blueberries.