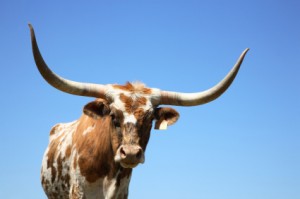 I’m going to tell you how not to write like an idiot in pubic.

If you read that first sentence twice, you’ve witnessed caught-with-your-pants down copyediting. Naturally, I meant public – but the absence of that all-important l probably had you second-guessing my ability to give you sage advice about copyediting.

And that’s even before you start reading the full article.

I recently read a 520-page publication from the editors of Writer’s Digest titled Writer’s Digest University: Everything You Need to Write and Sell Your Work. It has a lot of good info on writing and publishing for both beginning and experienced writers.

On page 7, it has this winning sentence: “In fact, a writer should be able to learn from the study of any good writin, be it fiction, nonfiction, poetry or script.”

Good writin is, after all, good writin.

On page 35, a writer poses a question to the experts: “I have had a novel in mind for almost ten years. My insurmountable problem is that I need to skillfully covering many years without confusing the reader. What should I do?”

I’d say skillfully copyediting the question would be a fine start.

My point here isn’t to diss the Writer’s Digest copyeditors; I know a couple of the editors, and they are good, smart people. I’ve bought their products for years and gained insights from them.

The trouble is, particularly in a publication about writing, those kind of editing smears create a certain lack of confidence in the quality of the writing advice.

And that misstep might very well have them hesitating to hit the “Buy” button.

Personal example: I was the copyeditor for a large software company in the mid-80s that sent out an annual product guide to its huge mailing list. The order page in the guide’s middle had a big 800 number. I’d seen the 800 number perhaps as many times as I’d seen my mother.

Even the most thoroughly edited documents will have errors of some kind, whether outright typos, formatting inconsistencies or stylistic cracks. Having performed many bleary-eyed deadline edits of book-length documents that were sent to press—and later had hair-pulling sessions when I reviewed the proofs—I can sympathize.

But there are a few ways, as editor or writer, you can cut down on the number of green tentacles in your work.

Give yourself enough time so you are relaxed and alert when it’s time to do a final proof. Note: saying “final” proof implies prior proofs. You did do some preliminary rounds of proofreading, didn’t you?

Reading aloud is one of the best editing techniques. You’ll not only hear the errors, you’ll also hear whether the writing weaves a pleasing melody, or if it’s the Macarena sung in Esperanto.

Pieces of writing (at least good ones) have a certain style, seen in word choice, sentence rhythm and tone. As a copyeditor, it ain’t your place to replace the ain’ts in a piece where isn’ts aren’t in keeping with the established flavor.

As a writer or editor, proofing onscreen is unavoidable these days. But if it’s a piece of writing that you are truly hanging your hat on, make sure that hat hanger is secure: Print the thing out and proof it on paper. Even the sharpest of screen resolutions can’t compare to that of a printed doc.

Often it’s the “they’re” or “their” or the “it’s” or “its” that will give you the yips. Grab a good grammar book like Woe is I or Eats, Shoots & Leaves and get those rules about possessives, plurals and the like down. Scan for them and for the use of colons and semicolons. You’ll often find structural problems caused by the miscasting of those squiggly little marks.

The electronic tools built into your word processor (or purchased to be used with it) do have a function, but they’re often pointed to beginning or inexperienced writers. Electronic checkers won’t see the “you” as wrong when you meant “your”; they won’t flag homophones (like to, too, and two) as a mistake, and so forth.

There are plenty of more ways to make your dangling participles perk up, but we can’t go on too long here, or I’ll make an error that someone will too gleefully point out.

Oh, and one more thing to check: your numbers. Sometimes they just don’t add up.

Tom suggested some great grammar and style guides for writers, but we thought we’d let you know our favourite choices (just to make things fair, after all):

Tom Bentley is the author of the Easy Editing and Spiffy Style Guide, which shamelessly uses words to make points about words. He blogs on writing-related issues at The Write Word.