How to Get People to Pay Attention to You 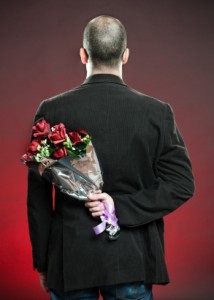 Sometimes you meet surprising people online. They’re the ones you never expected to like but end up liking anyways, just because they’re quirky or funny or nice to you.

So when Martin Stellar sent me a post that tells you the secret of getting big names to like you and how to get people paying attention to you, I had to share it. Enjoy.

James Chartrand has a crush on me.

Four months ago, I had a business that was tanking – fast. I needed some cash flow. I had a decent amount of experience in marketing, sales, psychology and writing, and when I came across MwP, I thought, “Why not ask this James if she’s got any writing jobs for me?”

I sent a spiffy email and waited.

And how did that work out?

James didn’t give me work.

I realize this is not doing much to prove my point that she has a crush on me, but fear not: the best part is still to come. She may not have given me a job, but she did give me something much more valuable: a good connection.

She responded to my email. She invited me to ask questions and offered encouragement. Four months later, I send James a message every now and then – sometimes a question, sometimes a Twitter DM, or sometimes a new sample of my writing in hopes that she’ll get her head out of the snow and hire me.

She always replies. She answers my questions. She teaches me. She even spent two hours shooting emails back and forth with me a few weeks ago, helping me sort through some issues I had with a client.

Normally, people like James charge big money for their time and their assistance. But I’m not paying a dime.

I think we can all conclude there’s a full-blown crush going on here.

Okay, maybe not. But seriously, what was it that made James willing to talk to me frequently and offer her highly valuable advice? And what about all the other people I’ve connected with? I’ve been in touch with various other highly respected and even famous people in the past few months, and they’ve all responded with kindness, warmth, and encouragement.

There’s a lot of talk these days about social media and that you need to connect and engage with others. There are how-tos and courses and lessons and all sorts of advice. But you know what?

Think about the offline world for a minute:

Now think about the online world:

If you get on Twitter and ask the biggest big shot you can find to hire you, he’s not going to do that unless he knows and likes you already. He may not even do it then, because he may not have any position open for you.

But if he knows and likes you, he’ll do his best to help you out.

Why Being Likeable Works

Think of little kids on the playground. If they want another child to like them, they offer to let them play with a toy. Or they give the other kid one of their cookies. Or they stick up for their new friend in the face of bullies. The idea is that the other kid will think, “Hey, this is a nice person. I should be nice to them, too.”

And from there, it’s a win-win.

The same goes for adult relationships. We like people who can give us what we want. If you show up and give what you have to offer – an ear, a shoulder, some advice of your own, a helpful anecdote, a joke – the other person’s natural, hardwired response is to generally want to do something nice for you in return.

This is true even for big shots. If you show up and are your normal, likeable self, they’re going to like you and want to help you succeed. They may not be able to offer you a job or give you what you want outright, but they’ll be more than willing to offer you exactly what you offered them: kindness and friendship.

A Word of Warning

Be yourself – but that doesn’t mean you can let it all hang out. You don’t want the worst parts of your personality getting full public play.

Pretend you’re on a first date (like the one I’m going on with James when she comes to her senses). You’d show the best parts of your personality and avoid showing the less likable aspects. Even if you normally have a short fuse, it’s likely you wouldn’t yell at the waiter on a date because you want to be likeable. Instead, you’d fall back on your best trait: making witty comments about the service.

Being yourself means you don’t fake it. Don’t ingratiate yourself and don’t pretend to be someone you’re not. People catch on quicker than you’d think, and no one likes a phony. They won’t bother getting to know you. They won’t like you from the get-go – because they know you’re not trying to be likeable.

You’re just trying to get something out of them.

No one likes that guy.

If you get out there, forget “gaming” social media, and just be the likeable person you are. Most people you encounter will respond with warmth and kindness. They’ll want to help you, because when we help people, we up the chances that they’ll like us and help us back.

And everyone wants that. Me, you – even the big shots.

Speaking of which, James – call me.

Martin Stellar is a creatively warped copywriter and business consistentialist. His job is to make you look your best - online and offline. He also knows how to show you what being likeable really means.