How to Stand Out in a Sea of Content 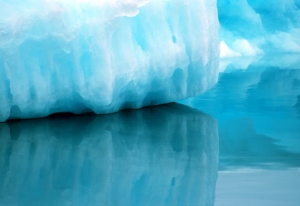 I could find at least a dozen answers to any question in an instant. What has already happened in my industry is well documented, and what is currently happening is a matter of constant debate.

The problem is that most content follows the pattern of TV pundits. Keep your points vague enough, and you can always back out. You never look the fool by stating hard numbers that might turn out to be wrong. You never take a risk by giving an opinion that’s later revealed to be stupid.

We’re worried we’ll look like fools. You’ve certainly heard about the guy who didn’t believe anyone would ever want a personal computer, even if one could be made. You’ve heard about the idiots who turned down J.K. Rowling’s manuscript.

Do you remember those people?

Do you even know their names?

Of course not. Failure isn’t important. Steve Jobs, who successfully made the personal computer popular, is important. J.K. Rowling, the author of the wildly popular Harry Potter series, is important. The failures? Not important.

Well, not to anyone but us, of course.

In the moment, failures feel immense. We forget our successes as soon as the thrill of victory wears off, but our failures haunt us for months – sometimes years – reminding us of that foolish claim we once made or that action we took that tainted our reputation.

Letting failure haunt us is dumb. Because that’s not how history works. It’s not even how the internet works.

Most people are remembered for their successes – even those who failed spectacularly and publicly on their way to victory. The failures were just hurdles they had to overcome along the way.

Edison said it best: “I have not failed 10,000 times—I’ve successfully found 10,000 ways that will not work.” We don’t remember Edison for his vast amounts of phenomenal failures. We remember him most because of a single success: the light bulb.

So if you want to know how to stand out in a sea of content, you’re going to need to take risks. You’ll have to start taking some chances. You’ll have to make some failures that will be forgotten to achieve some successes they’ll remember.

Here are some ideas to get you started:

Try to be right. Do your best to make accurate predictions. It doesn’t matter if you’re wrong.

We need to think about what comes next.

It makes for fascinating reading.

Give Your Real Opinion

People are afraid to say what they really think. They’re worried they’ll be seen as over-reacting. They’re afraid there might be a terrible backlash. They’re concerned it’ll turn out to be a gut reaction, and that they’ll be proven wrong.

It’s easier to give softer opinions that are hard to argue with.

But it’s worth giving your real opinion, because people remember bravery.

If you participate in a discussion about your industry, take a firm stand. Be for something, or be against it. Take on a prominent figure and give your real opinion about whether they’re helping or hindering. Explain your position fully, and run through it point by point.

If you’re wrong, you’re wrong. You can always write another article later detailing how you’ve been persuaded to a new point of view. In the meantime, say what you really think.

This is one of my favorites. It’s a little similar to making predictions about the future, but it’s a lot more fun.

For example: I think that within the next five years, online business owners trying to keep up with new technology, tools and trends are going to reach a point of overwhelm that’s irrecoverable.

I wish we could create a secret society of online business owners who’ve gone back to their roots, shunning all new gadgets and trends in favor of using proven old-school techniques.

Now, I know the latter isn’t practical for many reasons. But it’s fun to imagine, and it raises many interesting points about the effectiveness of traditional marketing and the dangers of trying to keep up in a world that never stops.

It gets my imagination going. It gets other people’s imaginations going.

And when you get a group of people willing to dream alongside you? You’ve basically achieved what content is designed to do: you’ve made them see the world from your point of view.