How to Write Great Transition Scenes 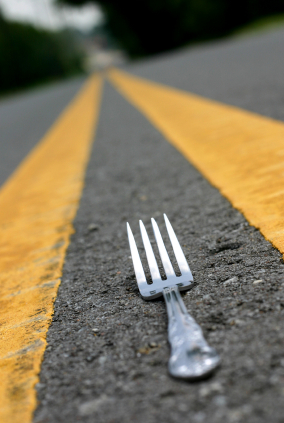 Every book has a beginning and end. Between that beginning and end, there are many highs and lows, chapters, scenes and paragraphs. Each connect with the next, and each should have a transitional flow for a smooth, enjoyable read.

In movies, transitions between scenes are easy. The screen fades to black at just the right moment, and when it lights up again, you’re watching a new scene.

But how do you write transitions in a creative writing RPG? How does your character get from Point A to Point B without boring readers and writers alike with banalities and routines? Can you fade to black? How do you write that transition well?

In a creative writing RPG (or a novel), transitions take more finesse. You need to know what to leave out, what to leave in and how far to jump to get to the next scene. You also need to make sure that the hook you leave at the end of your scene makes people want to know what comes next.

Transitional scenes are like punctuation. They act as periods, ending the action, or as dashes, giving readers pause. They can leave a question in the reader’s mind, or they can end on an exclamation point so that readers hang onto the edge of their seat, anticipating hungrily for the next scene.

Transitions definitely shouldn’t put readers to sleep, boring them out of their interest in what comes next. Also, transition to a new scene too soon and you leave the reader feeling cheated or even confused.

Let’s say two characters are hanging out watching TV on a Friday night. Character A decides they should go out to a bar and Character B agrees.

Think about how much of the upcoming transition you want to show to readers. How much would you enjoy reading scene after scene on the little details, like getting dressed, getting in the car, driving to the local bar, finding a parking space…

However, if some details are integral to the story, show it to the readers. Character B might suddenly wonder whether Character A considers this a date and becomes flustered and nervous, or Character A might be rehearsing the Serious Talk he wants to have on the drive over.

But if the two people just want to go to a bar and have no other thoughts in mind, skip ahead and bring them to the point of opening the bar door or sipping their first drink.

Transitions are much like the turn of a page at the end of a scene in a paperback novel. They should wrap the scene up nicely and give the reader a place to sigh happily and set down the book for the night to come back to it tomorrow, or they should leave the reader with a real cliffhanger so they can’t resist turning that page.

So if something exciting is going to happen next, give readers a teaser or a taste. Make them say, “Ooh!” and get them excited to read the next scene. Think about how your favorite TV show wraps up for the night with a real hook and a “Tune in tomorrow…”

You’re screaming, aren’t you. And you’re back tomorrow, eyes glued to the screen.

If you’re aiming for warm fuzzies or a somber wrap up, give readers that too. Write in a way that leaves them with a sigh, or with some emotional response that lingers. “Aw, how sad! I wonder what he’ll do!” Or, “Aw, that’s so sweet…”

When you pick up again, you can get right to the next scene and not worry about the hours that fell in between.

Even individual posts have transitions at the end, right at the point you finish your post and hand the baton to the next player for his or her reply. You need to give them something they can pick up on to continue the flow, an action they can react to.

One of the most common mistakes in transitions is when a player writes, “…and he waited for her reply.” Boooring. Readers know that the character is waiting for a reply – duh.

Find a better way to wrap your scene and pass the baton. Ask a question. “Do you really think we’ll make it?” and leave it there for a cliffhanger that begs for an answer. Or, end with a statement sentence. “He turned his back to her, and put his face in his hands.” Try an action. “The glass flew from his fingers, and smashed against the wall.”

And the reader goes, “Ooh!” and turns the page to see what happens next.

When transitioning between scenes and setting up a new one, choose an interesting point of entry. Someone once said (George Lucas, perhaps?) that it’s sometimes better to start in the middle.

You’re probably thinking, “Huh? Start in the middle? Isn’t that confusing?” Not if you do it right. Go ahead and skip right to the good part. Start just before the point you know something good is going to happen.

If you need to add details, a quick paragraph or two suffices – don’t recount the minutes of the past three hours to set your scene up. Give a few highlights so the reader has a sense of where and when they are, and then dig in.

Writing perfect transitions are a tool in your writing toolbox. They’re just as important as any element of the story and not one to be taken for granted. Good transitions contribute to the anticipation and excitement, and they keep readers turning those pages.