Imperfection is a Good Thing 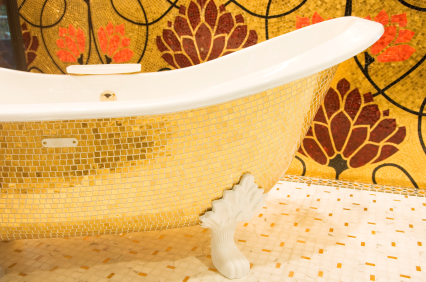 Realize something with me:

We are not looking for perfection.

If anything, perfection kind of pisses us off. The high and mighty are not our favorite people. We like people who can acknowledge their imperfections, people who admit they screw it up not just sometimes, but often, and the people who can say, “Yeah, I’m really scared too, but I’m going to do it anyway.”

We don’t like people who don’t have a past.

Think of it this way. I’m a millionaire. (I’m not actually a millionaire, but I am in this hypothetical scenario. And yes, my bathtub is made of gold in said hypothetical, thank you for enquiring.) You, as my reader, get to decide which kind of millionaire you would rather I become. You have two options:

Which one did you choose? I’m betting on Option #2, not just for the totally selfish reason that maybe I’ll give you tried-and-tested tips to become a millionaire yourself, but because no one likes the guy who’s already achieved what we’re hoping to achieve through no work whatsoever.

We don’t like the people who have achieved perfection.

We like the people who strive, every day, to reach perfection and fail.

We like them because even though they fail at reaching perfection, they are still much, much farther along than the rest of us because they’re trying. And we think, “Okay, so-and-so isn’t perfect, but she’s doing much better than I’m doing. So maybe if I stopped trying for perfection and just started trying, I could do pretty well too.”

Imagine this scenario: A unicorn appears before you. An actual unicorn, and it’s sparkling in the sun and has rainbows dancing around it. A small, evidently invisible, angelic choir is singing extremely choral praise-songs to the beauty that is Unicorn.

The unicorn says, “Look at me! I am magical and powerful and amazing! Go unicorn!”

Unicorn says, “TO BE AWESOME.”

Unicorn says, “NO. Revel in my beauty! Bring me tribute! Be excited, for I am unicorn!”

Then you stab the unicorn and have steak for dinner, because you can’t do anything with that unicorn. It is totally useless.

This is what a lot of blogs out there sound like. “I’m perfect, I’m amazing, I know all the secrets.” But those bloggers aren’t realistic, and they aren’t of any use to you unless you feel like sitting around and watching someone else talk about how great they are.

Human beings are not perfect.

If you’ve been thinking about starting a blog but you’re afraid it won’t succeed because you’re not smart or funny or interesting enough, then repeat after me:

“I do not have to be perfect. In fact, it is better if I am not perfect.”

(Because then no unicorns get stabbed. )