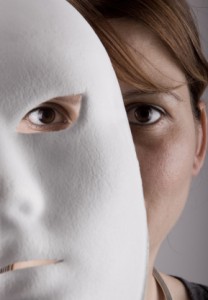 If you think you’re prepared for SXSW.com, you’re wrong.

But you weren’t prepared for an event the likes of which SXSW – and the world –has never seen.

It’s an event that you can look at one of two ways:

This March at SXSW.com in Austin, James Chartrand is unmasking… for the first time ever.

Yes, it’s happening. After 12 years on the ground, James is taking flight and landing in balmy Austin for a full week of fun – and not JUST James. The whole Men with Pens crew is attending SXSW to meet peers, colleagues and friends like you.

Up close and personal. One on one.

We hang out with you every day, of course – you already know us. James, Dave, Jeff, Taylor… and our latest addition, the lovely Marla, ScheduleGirl extraordinaire. And Jeff Sarris and Taylor Lindstrom show their sexy faces around the web all the time.

But this is the first time James will appear in public. For years, she’s operated undercover in full secrecy. And right now, only a select few have any idea what she looks like. Which means if you want to recognize James when she walks down the street…

You’re going to want to be there for the big reveal.

What does James look like? Is she horribly scarred? Does she have a mullet? Is she tattooed from head to toe? Does she have blue hair? There’s only one way to find out: you’re going to have to show up.

Men with Pens is hosting an epic party in an ultra-secret location on March 11 in Austin, Texas, with special guest appearances from some of our favorite people, like Peter Shallard, Pam Slim, John T. Unger, Adam King, Brian Gardner and more. Oh so much more.

You’re going to love what’s going down at this event, and you won’t want to miss any ultra-secret details that let you be in on the action.

What kind of action?

But we don’t want to spoil all the surprises. You’ll just have to show up and find out for yourself.

This event will also be the first time the whole MwP crew has ever come together in the same room. You’ll be able to introduce yourself, talk to us and get to know the real people behind the scenes. You don’t want to miss out on the awesomeness that’s going to be happening at the event – or any of the other secret surprises we have planned.

Remember: SXSW happens every year. But the chance to be the first to snap a photo of James’ dreadlocks and body piercings?

Once in a lifetime. Don’t miss it.

Jazzed to learn more? We’ve set up a special MwP Meetup RSVP list for this event only.

Sign up now to confirm your attendance at the event on March 11 in Austin. You’ll be able to get all the secret details of this special event including location, password (hint: think Bond) and event updates as they arise.

Don’t miss out on this special opportunity – your friends will be talking about it for ages.