Do You Ask for Permission or Forgiveness? 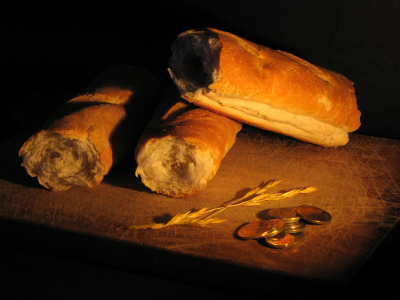 You’ve heard the old saying, “It’s easier to ask forgiveness than to get permission,” right?

It may be easier. But it’s still not a good idea.

I’ve been seeing a lot of this sort of thing lately. I’m on a bunch of lists I never signed up for. I have people following me on Twitter who say things like, “Hey, if you’re looking for new writing markets, you should try this website.” I get snail mail from credit card companies who could not possibly have my new mailing address unless they scammed it off some list.

These are all examples of someone choosing not to ask permission to get me interested in their stuff.

They could have asked. I’ve happily signed up for all kinds of email lists. I have a crazy-busy RSS feed. I get lots of coupons in the mail for companies I frequent, because I signed up to receive those coupons.

Those people asked for permission. The people who sent me unsolicited stuff? They didn’t.

So what’s the big deal? Now I’m getting all this stuff I didn’t ask for, and maybe I’ll actually be interested in it, right? No harm, no foul, and other clichés that may or may not apply here.

Nope. That’s asking for forgiveness. It’s like saying, “Hey, so, sorry we stole your information without your knowledge from Facebook, but we’ll make it up to you by offering you 0% APR on a credit card! See? We’re really sorry. We can be friends now, right?”

No. No, we can’t. Because while it may be easier to ask forgiveness, it’s damned difficult to BE FORGIVEN.

Why? Because I don’t want to encourage that kind of behavior. I don’t want anyone to think it’s okay. And I definitely don’t want to purchase something from a company I can’t trust to ask me nicely to pay attention to what they’re doing. I’m mad, and I will probably stay mad at them until someone calls me personally to apologize.

I am not the forgiving sort. You probably aren’t either.

So what does all of this have to do with being an entrepreneur, a copywriter, or a freelancer? Just this:

If you are trying to give yourself a shortcut by not asking for your clients’ permission before you sign them up for your sales list, newsletter, or any other form of unsolicited information, you’re shooting yourself in the foot.

It’s easier, yes. It’s way easier to just buy a list or automatically sign people up without their express opt-in. It’s easier because you don’t actually have to persuade them that what you’re offering is something they want.

This is a lot like saying it’s easier to steal a loaf of bread than it is to work for the money to pay for it. Definitely easier. Totally unethical. And if you get caught doing it, you’ve just slimed your reputation for a good long while.

This is one instance where “easier” isn’t worth the consequences.

Get permission from your clients before you decide to put them on your list. If you don’t, you’re going to have to ask them for forgiveness later.

And while asking is easy, being forgiven is not.