What Should You Do With Lousy Old Blog Posts? 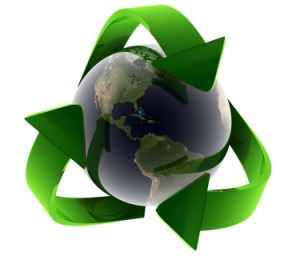 We all have things in our past we’re ashamed of. I know there was one particular incident with a couple of day-old baguettes and a fox hunt that I’m extremely pleased to have gotten through with no photographic evidence.

Some of our past mistakes can’t be dismissed so easily, though – especially when they’re right there in your blog archives.

The other day, James bemoaned the fact that some of the Men with Pens’ first blog posts were scandalously mediocre. I believe his exact words were, “They sound like someone stuffed me in a suit and handed me a script.”

He’s got nothing to complain about. My old posts were generally so random they were actually making a collective run on the interstellar plane for God of Chaos, a coveted position that apparently necessitates a lot of haphazard references to various florae and faunae and a creepy tendency to drop in Latin for no obvious reason.

However well my old blog posts may have been doing on their political bid for Chaos, they still didn’t cut the mustard in the blogosphere.

I like to think my posts have gotten a lot better. They’re more on topic, less random, and hopefully still funny. I know James’ posts have gotten better, too, because he’s the one getting all the guest post requests, fandoration and awards.

But that still leaves one problem: What to do with old posts?

The impulse is to delete them, but that leaves big gaping holes in your posting history. Bloggers know how hard it is to build a reputation for consistent posting, and even if the old posts weren’t up to snuff (Does anyone actually use snuff anymore? Whatever happened to snuffboxes?), they are still evidence that we were here, we were proud, and we were posting, damn it. We earned this.

The other option is to edit them. This vaguely feels like some violation of journalistic excellence. After all, people came around and commented on those posts. They read them and liked them well enough, and to sneak in and change the structure around seems almost like cheating.

Of course, I’m a rogue. I advocate cheating a lot of the time. This is probably one of those moments.

You could simply rewrite the post without any notice. This works, but it’s kind of unfair. Better to be slicker than that. Try rewriting the post without changing it too much. Fix your grammar, jazz up your language, but don’t try to take the same topic and come at it from a completely different angle.

You can leave a little line at the bottom that says, “This post has been edited to super ridiculous excellence since its original posting. If you were a fan of the inferior grammar, my most sincere apologies.”

You could delete the post and re-use the same topic in your current line of postings. This lets you start from scratch, but it does leave you with that hole in your history I mentioned earlier (not to mention a loss of link love you might have accumulated). If you only have a few posts that you want to update, though, and they didn’t get a lot of love, this may not be a bad idea.

Then you get to use the topic, you don’t have to think of a post this week, and you got rid of your shameful torrid past with bland prose.

It’s okay. We’ve all been there.

I personally like the double-whammy. Update the old post without tinkering with it too much, and then write a brand-new post on the same topic. Come at it from a different angle or expand on it and give it everything you’ve got. Make it sing. Make it dance. Make it do the limbo while balancing a glass of water on its head.

Then link back to the old post. Acknowledge how far you’ve come. Use the new post to show how much you’ve learned. Remind your readers that no matter how great you were then, you have graduated all the way to freakin’ amazing now.

There’s no shame in having a bad post or two in your past. What’s shameful is not moving on. Get over it. That bad post can’t keep you down. You’ve got a great life now with all these other fantastic posts. You’ve got a better thesaurus and a really good storytelling tilt and a house in the country, damn it.