What To Do When You’ve Been Insulted 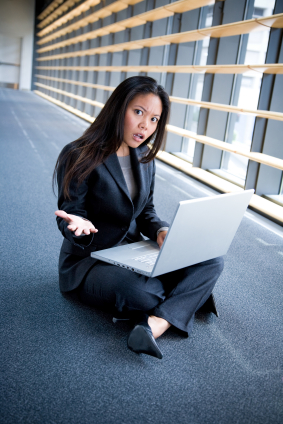 The other day, I got an email from a client whom I like very much. He’s a cool guy, profitable business, generally fun to work with, pays on time, all the good stuff. His emails are usually brief, casual, and mention something like, “Have a nice weekend,” or “Hope everything’s good with you.”

So it was weird to get an email that was so stilted and formal that it sounded like it was written by the Queen of England’s chamberlain to someone she was too polite to outright call a waste of space.

He sounded, in fact, like he was pissed off.

And I was a little insulted myself. There were a few comments in the email that were very polite little jabs at the quality of my work, or so they seemed to me.

I was riled up. My face flushed, and I had enough adrenaline going to make my hands shake a bit as I started to type out a response. “Bang” out a response is probably more appropriate. No delicate tippy-tapping on the keyboard for me. This guy had just insulted me.

I paused. It really didn’t seem like this client to act this way or to take this tone. Maybe there was something going on that I didn’t know about. Maybe he had just come out of a meeting with a client himself and was in a cranky mood. Maybe he simply had no idea that his language sounded insulting.

A lot of people have no idea how they sound in emails. They’re not professionals, and they don’t use email as their main source of communication. They often don’t realize that the same words said aloud in a meeting room would be incredibly insulting in text.

So I waited until I caught my client on chat the next day.

Turns out, he wasn’t angry with me at all. He wasn’t unhappy with my work, and he hadn’t meant anything by those comments. He just hadn’t realized how his email would sound to me.

And I had almost written him an extremely nasty note.

Email is one of the most common forms of communication between freelancers and clients, and all too often, the clients have no idea how they come off. If I turned around and bit the head off every client who roused my ire, I’d have some extremely angry clients.

Many of whom didn’t even deserve it.

That’s not good for my professional reputation. I’d have clients who would otherwise be singing my praises saying to one another, “Don’t hire Taylor. She’s got a temper and blows up at absolutely nothing. You don’t need that. Go with someone else.”

It’s not worth it to win a fight that might not even exist.

So take a lesson from my experience. The next time you get an email that seems to be a thinly veiled jab – or even an outright insult – to you or your work, take a deep breath, wait a bit, and write back a quick email that asks if you can discuss this either via online chat or over the phone the next day.

Be polite. Be friendly. Act as though nothing is wrong.

Chances are that nothing is. But if you react the way your gut tells you to react and shoot back an insulting email of your own, something might go really wrong, really fast.

No freelancer can afford to have that damage to his reputation. Keep a cool head and find out what’s really going on before you go off.