How to Turn a Prospect into a Paying Customer 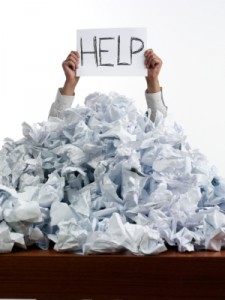 I’ve owned a successful online business for nearly a decade, and if I’ve learned one thing in all that time, it’s this:

Paying clients don’t come from the first category. The first category is a mishmash of your regular readership, fellow colleagues and competitors who respect you. They all feel you know what you’re doing, but they’re also confident they can do the same or similar themselves.

Your clients come from the second category. They agree with what you’re doing, and they don’t think they’re capable of doing it without you.

To get the clients you want, to build a base of people from the second category, you need to create content that persuades this group that you know a lot more than you’re letting on.

Show Them Your Hand

QuickSprout is one of the most popular marketing blogs for one reason: the owner, Neil Patel, backs up every single one of his posts with a plethora of data.

Charts. Graphs. Profit numbers. He’ll explain seven strategies for increasing conversions and break down exactly how many new sales he made from each of those strategies.

You might say he gives away the farm, but his insanely high profit margins say otherwise.

Why does this strategy work? Neil offers so much information that we’re overwhelmed.

But I’ve never had as much data about my business as Neil does. I haven’t literally tested every new strategy that pops up on the web and measured results. I simply don’t know as much as Neil does about that level of in-depth testing and analysis, nor do I care to learn.

The more I read from Neil, the more confident I am that while I might get overwhelmed trying to put a handful of these strategies into place for my business, Neil won’t. He’d knock my socks off.

I don’t want to try to challenge Neil’s smarts. And I definitely don’t want to bust my brain trying. I’d rather hire him to be smart on my behalf.

How to Create that Feeling with Your Prospects

You don’t need to be Neil. All you need is to know more than the people you want to have as clients – and let’s hope you already do, or else you’ve got bigger problems than how to market to them.

The biggest mistake many make is that they try to show they do know more than their targeted audience, but they try to avoid giving away the farm.

The result? They accidentally downplay how hard their job really is.

As a copywriter, quite a lot of small business owners believe they can do my job – until I break down exactly what goes into a great sales page. Or an engaging message. Or a clickable headline. Or even a well-crafted sentence.

If all my blog posts were titled “8 Easy Writing Tips”, it makes it sound like this is a job anyone can do.

That’s great if I’m trying to encourage fellow writers, but if I wanted to entice paying clients, I’d be better off writing a long-form post explaining, step by step, exactly what to write for your website’s about page.

Go into detail. Point out all the little things that you, a professional, would notice, but that your prospects probably wouldn’t. Show them that they’re out of their depth.

Then give them an obvious way to hire you, because that’s what they’ll want next.