Putting the “Social” Back Into Social Networking 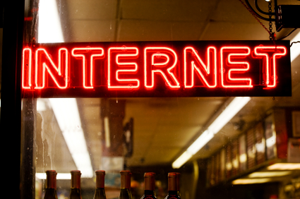 If you’re like me, you spend a lot of time at the computer. You also probably engage with others using one or more social networks, like Twitter or Facebook, or use social media methods to promote your products or services.

That’s networking, whether you realize it or not. You’re meeting new people day in and day out, making new contacts and widening your circle of friends. Have you ever thought about social engagement, and what it can do for you?

At the WordPress Las Vegas WordCamp, Aaron Hockley told a story about the amazing effect social media had in Portland, Oregon.

Once Upon A Time

It all started innocently enough. A group of people wanted to hold a conference, so they got together, thought up a nice twist on the usual conferencing format and tweeted their event, Ignite Portland.

Ignite Portland isn’t your usual conference. It’s like blogging live through onstage improvisation. Here’s what Ignite Living says about the format they use:

If you had five minutes onstage, what would you say? What if you only got 20 slides, and they rotated automatically after 15 seconds? Around the world, geeks have been putting together Ignite nights to show their answers.

The news of Ignite Portland hit the virtual airwaves. Ignite’s first event premiered to a sold-out audience of 297 people. Their second event doubled the amount of attendees and then some.

They spread the word through social media. Then they let that network spread the message further. But even more? They used social media to help people socialize.

Another group of social networkers took a slightly different route with their events. They wanted to meet face to face with others and get away from their computers, so they started Beer and Blog.

We treat our own blogs as virtual pubs sometimes, but this group put it into action, meeting with other bloggers in their area to talk shop, help newcomers, give seasoned advice and create amazing projects that could catapult blogging beyond anything you know today.

Beer and Blog put the word social back into social networking.

Humans have a fundamental need to socialize and gather in groups. It only makes sense that web workers and bloggers get out of their offices and venture out into the light of day to connect with people in the real world.

We need social networking for more than just organizing events or promoting our business. We need to interact with others because we’re people. Being around others and not tucked away in our office helps give us motivation and gets our creative juices flowing.

All it takes is a little bit of socializing.