Selling Through Scarcity: Screwing It Up 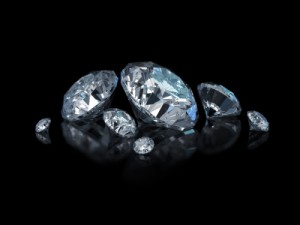 This is the fourth post in our sales and marketing tactics series. Prior posts include Afraid of Marketing or Just Turned Off, How Urgency Gets You To Buy, and Is Scarcity a Scam. And now for today’s post… how scarcity backfires.

We’ve learned that scarcity and urgency do work to persuade many a person to buy, sign up or download. People typically want what they don’t have, and they want what they can’t have even more. Limiting numbers influences people into placing more value on objects, services or memberships, boosting sales and creating social demand.

Scarcity is a powerful tool in the marketer’s arsenal. Because of that, its use is widespread and common. All sorts of variations exist, helping businesses and manufacturers gain new customers and clients all the time.

You have to use the tactic well, though. Scarcity can fall flat or even backfire, damaging your reputation, your sales or even both. Take a look at what to do, what to avoid, and what to strive for:

We don’t like to lose what we have. In fact, we hate it, and sometimes we’ll act outrageously to protect our freedoms or fight to keep what we had.

Take political unrest, for example. Swoop down on a nation and tell them they can no longer own cats. You’ll find yourself with a mass of people clamoring for the animals, defending their right to own cats and avidly snatching up all available cats like there’s no tomorrow. It makes no difference whether these people were cat lovers or not. They’ll defend their right to choose to own aggressively.

But what if the right to own cats never existed in the first place? What if no one had ever been allowed to own cats and it had been that way since as far back as they could remember?

Well, there’d be grumbles and mutters about the lack of rights, but for the large part, there wouldn’t be any riots or uprisings. Cats would always have been hard to obtain, and the deprivation becomes the natural order of things.

Here’s another example: diamonds. They’re scarce enough, and they’re expensive to buy. Top-quality diamonds are difficult to access and possess. But you don’t see much people rushing out and demanding diamond, do you?

Of course not. Difficulty of diamond possession has always been the way of things, and it’s nothing new. We’re not motivated to do much about it. Constant scarcity doesn’t work well to create hard, fast sales.

Using scarcity to target an already-deprived consumer market won’t work. That course is out of reach. It always has been. It always will be. It’s the natural order of things, and so why try to buy?

Also, most people are more motivated about what they’re losing over what they gain. Those who have never had the right or the freedom in the first place and have always felt deprived won’t see much point in getting excited about a potential loss. The loss isn’t there to experience.

Now imagine everyone is given a diamond at birth and suddenly, the government decides to change its mind…

Imagine you build a great course. Imagine you offer access to people for six months at an affordable rate. Then imagine you decide to close down sign-up. You announce the impending lock-down, and people had better get in quick.

Then a month later, you offer a new course. It’s affordable. People sign up for that one. Then you announce an upcoming lock-down…And then you open a new course. Same thing. Six months, lock-down.

Do you think people will rush to sign up?

People aren’t stupid. The scarcity tactic becomes visible and obvious, even expected. You do it all the time. The threat of loss becomes constant, and it starts to lose its effect. You’ve diminished your influential power.

You can’t be taken seriously. It’s just another scam to get people to sign up. Besides, there’ll be another course coming in just a few months…

Just like Pavlov’s dogs, people can be desensitized. The first time you watch an X-rated movie, for example, your eyes may pop out of your head. After you’ve watched 100 flicks, though, you’re blasé about the whole affair.

That’s why overuse of the scarcity principle doesn’t do you any favors. Use it sparingly and not as a constant strategy to gain sales. Otherwise, you end up desensitizing your target market, creating expectancy and perhaps even more importantly, hurting your reputation as a credible resource.

Credibility is key. If you have no credibility, you have nothing. You’ll get a few sales, disappoint people and they’ll go elsewhere. They’ll talk to their friends, badmouth you and take you down. As time goes on and your reputation sullies, you’ll end up with nothing.

Trust is a huge factor in sales. People need to believe they’re spending their money well, and they also need to believe you’ll deliver on your promise of value. You need to gain their trust before they’ll buy, and then you need to maintain and build on the trust you’ve earned.

That is, if you want to be successful.

• If you’re going to use scarcity, make sure that what you sell lives up to its promises. Think about it:

• If your product is of poor quality, then first sales create unhappy customers who tell others about being gypped. Social demand for your product drops, and no one wants it.

• If your product is common, then scarcity just isn’t going to work in your favor. Why buy from you if what you sell can be had easily elsewhere?

• If you can’t justify why your product is scarce, then people won’t believe you and they’re going to smell a scam. Why buy if the limitation doesn’t make sense?

For scarcity to work, create trust and desire, and deliver on the promises you make. Get social demand backing you up. Have a credible reason to limit your numbers. Provide quality and value.

You need to demonstrate that social demand exists, as well. We’re competitive creatures, and we’ll try to beat others out. But lacking competition, we don’t race so hard – if at all. Here’s an example of how a lack of social demand or a shaky demonstration of it could hurt your sales:

Let’s say an internet marketer sends out a notice that said there were 500 copies for sale. Two days later, he sends out a second notice that says there are 346 copies left – better hurry! There’s only one day left!

Consumers who receive that notice don’t think, “Wow! 154 gone already? I’d better buy fast!” They think, “Wow. He has that many left? That’s 346 people who didn’t buy… Hm. I’d better not buy either.”

Create some urgency if you’re going to use scarcity. Get people worried they may lose their chance, and they’ll be more inclined to buy. Without urgency, such as with a month-long promotion, you may find that scarcity doesn’t work very well at all. Consumers have time to consider their choices and opt not to buy.

(Hint: Remember that when you need to decide quickly under pressure, you’re probably not going to make the best decision. Walk away, take some time to think and calm down – even if that means losing a chance. You’ll probably realize that cool heads make smart decisions.)

Lastly, you need to walk the talk, too. If you’re going to use scarcity, stick to your guns and be believable..

Only 100 copies? Don’t decide two weeks later to offer 50 new people a second chance to buy. 3 days only? Don’t keep the sale going for 365 days if you didn’t hit the sales figures you wanted. Taking it off the market for good? Don’t put it back up for grabs three months later because you’re strapped for cash or want another whirlwind of income.

Your customers need to know that when you say this is their last chance to buy, you really mean it.

Can you think of any other situations where scarcity backfires? Would you use the scarcity principle to see? Why? Why not?