Are You Trying to Be Too Smart? 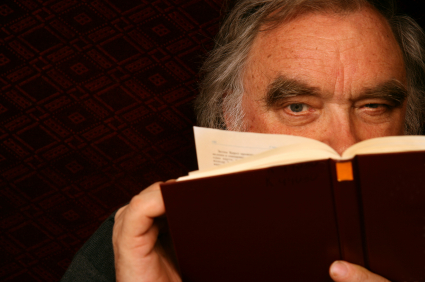 As a professional writer, your vocabulary is literally your stock in trade. Other businesses have huge stockrooms full of whatever they sell – frozen food, Gucci shoes, leather satchels… You, you have words.

If you’re anything like me, you’ve taken some pains to make sure your stock hasn’t been the same since 1997. You read good magazines and periodicals, and you take note of new words when they’re used. If a friend happens to use a word that is new to you in conversation, you may very well follow up on it just because it sounded especially delightful (thanks to my friend Tess for “perspicacious” and my exasperated eighth-grade English teacher for “puerile”).

In all that vocabulary gathering, though, have you overdone it? Does your website copy look like you’re trying to impress that professor who won’t give out an A unless you blind him with such stunning prose that he rocks back in his leather-upholstered chair, glassy-eyed, pipe askew, groping blindly with his grading pen?

It’s easy to do, especially if you’ve been writing for industries that use academic language or jargon all the time. After browsing their current website, their materials, and their mentions of winning the Nobel Peace Prize, you’re going to have a hard time writing them a page of copy or a press release that isn’t peppered with six-syllable words.

Even if you don’t pick up the academic style and aren’t at all influenced by what you read, you may find yourself writing at a higher level of language just to impress the client or because you think that’s what they want. After all, these are clearly very smart people. It’s only natural to want to show off the fact that you’re smart too, an expert in your field.

As evidenced, of course, by your perspicacious vocabulary.

However, the reason these clients hired you to write for them is because they wanted someone who didn’t talk like them. Who could speak plain language. Who could help them reach people. Who could make their website copy better (and simpler).

They’re looking for a copywriter who can make their ideas, their products, and their company sound appealing to someone outside their own special little group of smarty-pants.

And if you’re trying to be a smarty-pants instead of a copywriter, you’re going to wind up failing on the job they hired you to do. That’s no good for either of you.

The danger of academic writing is that it’s very hard to shake once it’s stuck in your brain. I have a few friends who recently graduated law school. For a few months afterward, they were incapable of sending me a link to a YouTube video on Facebook without getting long-winded.

Twitter was absolutely out of the question. 140 characters was maybe enough for three words. It was very bad.

If you catch yourself going academic, try doing yourself a favor and writing everything as simply as possible. Over-simplify, if you will. Pretend you’re writing for a seven-year-old, and explain everything in words that seven-year-old would understand.

Even better, find an actual seven-year-old. That kiddo will cure you of academic-speak in NO time.

Ever caught your writing shifting towards over-academic?