Why You Need to Choose Between Success and Popularity 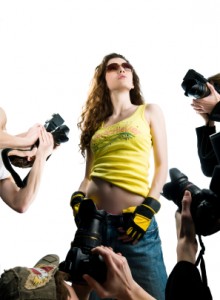 When James asked me that, I was flabbergasted.

What did she mean? Aren’t they the same thing?

If you’re popular, you’re already successful. At the very least, you have to be popular before you can be successful. Right?

Turns out, like millions of freelance writers out there, I was wrong. (And James, as always, was right. But let’s not tell her that.)
The thing about popularity is … it doesn’t pay the bills.

At least, not on its own.

Having hordes of social media followers doesn’t automatically translate into money. You can have thousands of Twitter followers, be in hundreds of G+ circles, and have fans clambering to add you as a connection on Facebook and LinkedIn.

But all those fans and followers don’t mean squat – not unless they’re buying something from you.

And when you start working on getting them to buy something from you, you’re pursuing success, not popularity.

Every businessperson I know receives emails from their subscribers after they pitch a new product to their massive list of followers. These emails all go something like this:

“I used to really like what you were doing, but now it seems every second or third email is trying to get me to buy something.’”

In short, when you start pursuing success, your popularity is going to take a hit. The opposite is just as true.

You can’t chase one and expect the other to follow. Popularity and success are polar opposites. They can complement each other if you’re strategic about it, but pursuing one will always cause the other to take a hit.

Which is why you should choose to pursue success – and that goes double if you’re just starting out.

You may be popular as all get-out, but if you’re not making any money, you’re only hurting yourself. Popularity is a luxury you can’t afford to chase if you haven’t made any money yet, because you’ll need income to sustain yourself while you do.

Popularity and success require different tactics, so you have to decide between fame and fortune. Ask yourself this:

For most, the answer is as obvious as the balance in your bank account: you need fortune, not fame.

Popularity has its perks. If you’re financially comfortable, you can afford to take the time to build up a larger audience so that you can eventually pitch them your services or products. If your business is already succeeding, you can rest on your laurels a little to network with peers in your industry and create bigger opportunities down the line.

But you’re fooling yourself that getting tons of retweets on Twitter is going to put money in the bank. You’ll need to rethink your decision – or you’ll end up with a huge following but no rent money.

The biggest difference between success and popularity is how you measure results.

For success, you don’t count followers, fans, or even subscribers. Instead, you count the number of leads your marketing generated. You keep tabs on how many of those leads turned into sales and paid work. And you calculate how much money you earned in three months, in six months, in 12 months.

In short, it’s all about the money.

It’s the opposite for popularity. You’re still counting numbers, but instead of money, you’re counting how many people follow you on social media. You’re keeping tabs on the retweets your status updates get. You’re calculating how much your following grew in three months.

In this case, it’s not about the money.

This is a really simple way to determine whether your efforts are pursuing success or popularity. If you’re doing a marketing campaign on social media, for example, you may be getting lots of retweets and likes and shares – but you’re counting the number of sales you make.

In that case, you may appear to be pursuing popularity, but the fact that you’re counting the money as a measure of whether you’re doing well means you’re pursuing success.

Same goes for the reverse: if you launch a new website and ask people for their opinions on social media, you’re counting the likes, shares, and retweets. You’re not counting the money – because there isn’t any. That’s pursuing popularity.

The next time you want to make a big move for your business, ask yourself honestly which results you’ll be measuring: popularity or success?

I’d emailed James to tell her I was considering taking up guest blogging for a client but was worried about the bad rep it had in the industry (even though the company was legit and nothing unethical was involved).

I certainly wasn’t expecting that loaded question as her response. It hit me right between the eyes and made me reevaluate everything I believed about success and popularity.

My answer to her question has turned my freelance writing business around and transformed the way I do business — even the way I think about business, each and every day.

I no longer strive for popularity. To me, being able to support my family, save for a rainy day and invest in my business are more important than how many fans I have. And every time I have to make a business decision, I ask myself, “Do I want to be popular or do I want to make money?”

The answer hasn’t led me astray yet.

Share your thoughts with me. Have you ever fallen in the popularity trap thinking it’ll lead to success? What would you do differently if you knew back then what you know now? I’d love to hear about it!