Do You Sweat Over the Details? 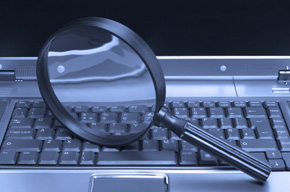 “Finally” doesn’t nearly come close to describing the sense of accomplishment (or relief) that I’m feeling, now that we’re in our new digs.

Moving our site was a long, hard process that started two months ago. There were plenty of times James and I wondered if we should have launched the site earlier, only to tweak it along the way, but neither James nor I were willing to settle for less than perfect. We wanted everything to be just right for the new site launch, and I’m damn glad we waited.

During the process of changing domains, I wondered whether anyone else sweats out the details as much as we do. We had a few moments when we racked our brains, whereas other people might have considered well enough as being just fine. And I wondered if we were the only ones who went to such lengths.

I think I started wondering about our standards when we were writing something as simple as a line of text. One word was giving us a hard time – and we both had to find the right word. Good enough didn’t cut it.

James and I tend to be perfectionists at times. This might hamper our progress on certain projects. I’ll tell you something, though; our attention to minor details makes all the difference. Time and again we hear compliments from people about the quality of our work compared to others.

When you’re meticulous, the resulting product exceeds your expectations – and the expectations of your clients. Now, isn’t that worth the effort?