The Classic Entrepreneur: A Look at the Dark Side 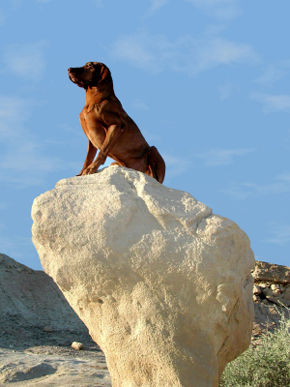 In a recent meeting with a business consultant, he asked me to describe myself and what I do for a living. When I was done answering, he shook his head with a chuckle and said, “Classic.”

It sounded cryptic. “Classic what?”

“You’re a classic entrepreneur,” he informed me easily. “And you have all the classic symptoms.” It didn’t sound good.

This led me to some research to find out exactly what this terrible disease might be. What I discovered was that “entrepreneur” is pretty close to a four-letter word: Jerk.

An entrepreneur is more than just a person who strikes up a business. There are specific personality traits and quirks that make up the classic profile of an entrepreneur – and they’re not very flattering.

It’s All about the Action

Entrepreneurs have tons of drive and high energy levels. They’re action-oriented and goal-minded people. But they’re selfish, because they’ll often use any resource they can to achieve their goals – including other people or a team. It’s all just a means to the end.

That means entrepreneurs can be team players – but not. An entrepreneur loves to wade into a group, take charge, and lead everyone to victory. But the victory isn’t the group’s victory. It’s the entrepreneur’s win. He just leveraged the group or himself to achieve the goal to influence the results, the outcome or the speed of the process.

Entrepreneurs are hard on themselves – most entrepreneurs are built to take a mental licking and keep on ticking. They’re physically resilient, too; they refuse to get sick. Stopping? Oh no. At the end of the day, when everyone else punches the clock, an entrepreneur just keeps on going.

It’s natural for an entrepreneur to take charge. They’re leaders. They like control and the freedom to act and take decisions. This means they don’t do well in structured groups unless they’re at the head of the pack giving orders. They don’t like someone having authority over them, so don’t tell an entrepreneur what to do.

But challenge an entrepreneur to reach a goal, and you’ve got a person who will seize the moment and make it all happen. An entrepreneur doesn’t really care about anything but the victory, though. Goal achieved? The entrepreneur switches it out for another goal, usually a bigger and better one.

Entrepreneurs are egotistical. They often think they’re the best person for the job. Since they like their control, they have trouble delegating, too. If they do hand over a task, you can bet the entrepreneurs are keeping tabs and checking over shoulders to make sure it’s done right. Don’t check over an entrepreneur’s shoulder, though. That’s a recipe for disaster.

They’re dominant. Most entrepreneurs believe themselves to be smarter and better than other people. They want to do things their way – it’s the best way, after all. They manipulate and scheme to get people to do what they want or they take action to influence others towards a desired outcome.

An entrepreneur is full of self-confidence. It’s a rare day when an entrepreneur thinks he can’t achieve a goal. He’s in full control, after all – of himself, of the situation and of others. Arrogant? Sometimes. Cocky? Often.

They’re relentless people. An entrepreneur never loses sight of what he or she wants. These driven people love adversity, because it gives them the chance to think up creative ways to break through the obstacle. They’ll pursue the desired outcome persistently, almost like a bulldog who won’t let go of the stick.

An entrepreneur is impatient. It’s all about now. Here. Right away. Immediately. There’s an underlying sense of urgency to everything an entrepreneur does. Sitting back or waiting makes an entrepreneur tense and uneasy. The more action, the better.

Entrepreneurs aren’t very good with relationships. They say what they mean – often quite directly – and assume that everyone else does the same. Add to that problem that the entrepreneur is too trusting, too, which means they may not be skeptical enough when it comes to dealing with other people.

When dealing with people, an entrepreneur is more concerned about achievements than feelings. They’re quick to dissociate business from emotion and they sever relationships that don’t move progress forward to their satisfaction. And because entrepreneurs are impatient people, the ones they work with bear the brunt of that pressure to move faster.

In fact, entrepreneurs don’t feel too comfortable when things are going well. Smooth business makes them anxious and creates pent-up energy. They need action and a challenge, so they’ll stir some up to have some fun. Stressful situations? That’s when the entrepreneur is at his best. Everyone else is going crazy.

After reading this, you’re probably doing one of three things:

There is hope – plenty of it. Entrepreneurs have a wealth of qualities, and there are ways to bring out the best in every entrepreneur. We’ll cover that in an upcoming post. We’ll also cover some tips for working with entrepreneurs, too, to help those in business or personal relationships with these people.

Keep in mind another thought as we progress through exploring the entrepreneur – those high achievers need other people. You don’t have to be the go-getting take-charge jock of the office to be valuable and important.

After all, it takes all kinds to make a world.