The Real Reason Why You Can’t Write 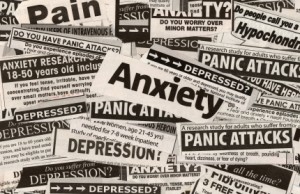 You’re dying to be a successful writer.

In fact, you spend most of your time thinking about writing and imagining where it might take you. You think about what to write, where to write, and which tools to use. You even block out time in your calendar to write.

And at the end of every day, you still haven’t written a single word.

Why can’t you make this work? Why can’t you just sit down and write? You want to, you have a unique voice, and you have ideas you want to write about. Keeping it all inside of you nearly hurts.

You know a lot about writing already – tons, in fact. You know where to find writing tools, ways to overcome writer’s block, information on finding writing work, and which websites offer writing classes on how to become a better writer.

It’s all at your fingertips.

So what’s missing? Why can’t you seem to write as freely, as much, and as easily as all the other writers?

There’s a secret about writing that no one told you.

This secret will get you in the chair, in front of your screen, writing away. Coaches,mentors and therapists use this secret all the time, helping their clients start anything they desire.

Actually, you already own this secret. It’s hidden inside you.

It’s your very own belief system.

Your beliefs about you and your writing are holding you back.

Many motivational leaders in spiritual, financial and self-help fields say that in order to achieve your goals, be they financial, spiritual or relationship related, you need to become aware of your beliefs – and then transcend the old belief system you’ve adopted.

Your beliefs run the show, usually subconsciously. And if they’re limiting or negative beliefs, they’ll stop that show dead in its tracks.

You believe certain theories about why you suffer from wanting desperately to write but are unable to. Each writer has their own belief system. Maybe you believe you aren’t a good writer, or that your work isn’t “epic” enough, or that you’re too slow. Whatever.

Once you take time to figure out your beliefs about you as a writer, and about writing itself, you can begin to see where you hold yourself back from actually writing in the first place.

Can it be this simple?

Yes. Simple… but not easy.

Lucky for you, a step-by-step system exists to replace negative beliefs with better ones, and once you try it, you’ll eliminate your delaying tactics and procrastination for good.

You’ll be one of those writers you see in Starbucks, eyes glued to the page, typing away furiously while sipping steaming-hot coffee.

Find a calm space where you can sit quietly. Take a few deep breaths, and ask yourself the following questions, listening to your intuition for the answers:

What are some of the beliefs that prevent you from writing?

For some writers, the answers jump out. For others, they need to make several attempts or spend time thinking about the answer. A few general limiting beliefs might include some or any of the following:

These are just some examples to help you uncover your personal limiting beliefs. Yours may be related to your writing, or to success, or to failure, or to something else entirely.

Write down your list of limiting beliefs – the negative thoughts and emotions that come to you when you think of writing, or yourself as a writer.

If it’s difficult to come up with the honest answers about what’s holding you back, you can work with a mentor or coach to do some soul-searching and self-discovery. It’s well worth the effort so you can begin getting words on the page.

Now that you have a list of limiting beliefs, write the opposite of each belief on a new sheet of paper. Turn your negative beliefs and thoughts into positive ones.

Old Belief: My parents said I can’t make money as a writer and that I should get a real job.

New Belief: Writing is a real career that can earn money, and many people have been successful. I can be successful in this career too.

Old Belief: I have to wait for my life to be perfect and balanced. Then I’ll be able to write.

New Belief: I can write any time I choose, and I don’t have to wait for any silly criteria – I can begin writing today, and I will.

Spend 2 to 3 minutes a day reading your new positive beliefs, and infuse this visualization with positive energy. By reading your new beliefs frequently, and believing in them, you’ll gradually come to create change around your writing.

Slowly these new beliefs will become your reality and truth.

Step 4: Grow into your new beliefs

This may not be an instant transformation; rather, you’ll grow into it. Help that growth occur by creating a specific action plan that helps you live your new beliefs.

Perhaps you need to get assistance with some of your tasks so you’ll have time to write. Maybe you’ll have to read daily material around a specific feeling or belief you’ve newly adopted. You might need to get help from a coach, or someone who’ll assist you in changing old writing habits.

Stay around positive people who are self-growth oriented. Their encouragement will help wear down those negative beliefs until they’re completely gone.

How New Beliefs Can Transform Your Writing Life

By bringing your limiting beliefs to the surface and reversing them into positive ones, you can transform your writing, and your life as a writer.

One of my main beliefs that caused me to delay writing was that everything else has to be done first. With children and coaching clients, this meant I left writing to the last item of the day, and I barely wrote because of it.

My limiting belief was completely blocking me from writing.

My new belief became: I can write first thing every day before everything else. I didn’t know how this could ever happen, but I started waking up a little earlier, or sometimes just wrote for 10 minutes, first thing in the morning.

Slowly I figured out how to rearrange my schedule so that writing is my first activity of the morning on most days.

Granted, writing may still be challenging for you at times. Finding the right words sometimes feels like trying to find a needle in a haystack. Writer’s block might still show up. But more often than not, you’ll be writing.

And when you aren’t, you’ll know how to get back to it quickly.

Which limiting beliefs will you change?  What’s holding you back from writing? And where do you want your new writing beliefs to take you?

If you're ready to get past your writing roadblocks, then the Damn Fine Words writing course for business owners might be exactly what you need. A 10-week writing course designed to improve your skills, it'll help you become a faster, better, and more confident writer in no time.

Esther Litchfield-Fink is a writer who actually writes, and you can check out her blog, called Smart But Scared, at EstherFink.com