What Would You Do If You Only Had Two Hours? 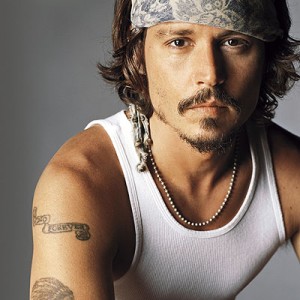 I’ve only taken to using Twitter as a regular thing fairly recently, so it’s entirely possible that Dave Navarro (@rockyourday) has been doing this for years and I never knew about it, but I’ve been kind of taken with the way he often starts off a morning:

“What would you work on if you only had 2 hours today? Okay, do that first.”

Combine that with a T-shirt from Woot.com that I love called Procrastinate. The shirt reads, “Because if the world ends tomorrow, you don’t have to do it.”

It’s official, you guys: I have been assimilated into the Borg. The Internet Borg.

Here’s the thing – if the world did end tomorrow, or in two hours, how would you want to go out?

If the World Ended Tomorrow

What would you want your legacy to be? Let’s pretend for the sake of argument that there’s some kind of afterlife, so you get to pass judgment on your last day on earth with a nice cogent thought process. So you’re up there on a cloud or something and some other spirit-guy, maybe your friend, comes by your cloud and says, “Hey. What was your last day like?”

Let’s pretend, furthermore, that there’s no lying in the afterlife, so you can’t get out of this one that easily. For a lot of us, this is how that conversation would go:

“Um. Well. I read some blogs. A lot of blogs, actually. I took a break and made some food and thought about getting started on that new project. You know, the one I was really excited about but never did anything with? Yeah, I didn’t do anything about that on my last day. Um. I think I called a friend, we talked for awhile. I did some work at the very end of the day, really stressed out because I’d put it off. I ate dinner. I watched TV. I went to sleep.”

That’s a lousy last day on earth, people. Think about yesterday. If the world had ended and you were up on a cloud right now thinking about it, would you have been proud of yesterday?

Now imagine this one:

“I got up and immediately sat down and wrote down a bunch of new ideas that I had for that project. Then I had some quick breakfast and got all my work done right away so I could work on the new ideas. I got some people behind them and started working on the new ideas, getting them into action. I called up a friend and we had lunch, had a great time, and talked about a lot of interesting stuff.”

Here’s a question: which one of those guys is going to wish the world had stuck around for another day?

The first guy is thinking, yeah, the last day sucked, I wish I could do it over, but he knows damn well that if he had had another day, he would have done more or less the same thing. The second guy? Man, he wishes the world hadn’t ended. He wanted to do that thing. He was so close.

They both wouldn’t want the world to end before they did their cool thing. But the second guy knows he would have done it. The first guy is pretty sure he wouldn’t.

If the World Ended in Two Hours

What I find interesting is that if we thought the world is going to end in two hours, we’d probably do lots of fun and wacky stuff, none of it remotely close to work. Or we’d go find all our loved ones and hunker down with them. I, personally, would find a handy good-looking fella and go out with a bang, if you know what I mean.

But here’s the thing: the world (probably) isn’t going to end in two hours. The reason Dave’s advice makes so much sense to me is because it implies that since you only have two hours to work, the rest of your day is going to be filled with awesome stuff.

Okay, maybe that last one is just me. But the point is, if you get all your work done now, you can do whatever you want for the rest of the day. You can go do something you’d be proud of if the world ended tomorrow.

If you procrastinate, you’re going to be mulling around doing fake work. Checking email, reading blogs, watching videos on Hulu. But you’re not going to be doing something awesome. You’re not going to just disappear for the day. You’ll be at the desk; you just won’t have gotten anything done.

I like Dave’s way better. Two hours of the best damn work you can do and then two hours of awesome.

And hey! They probably won’t be your last two hours! You can have MORE! The world’s nifty that way.

But just because you think you’ll have more hours doesn’t mean you should waste these. The zombiepocalypse could come, people. Get to steppin’.